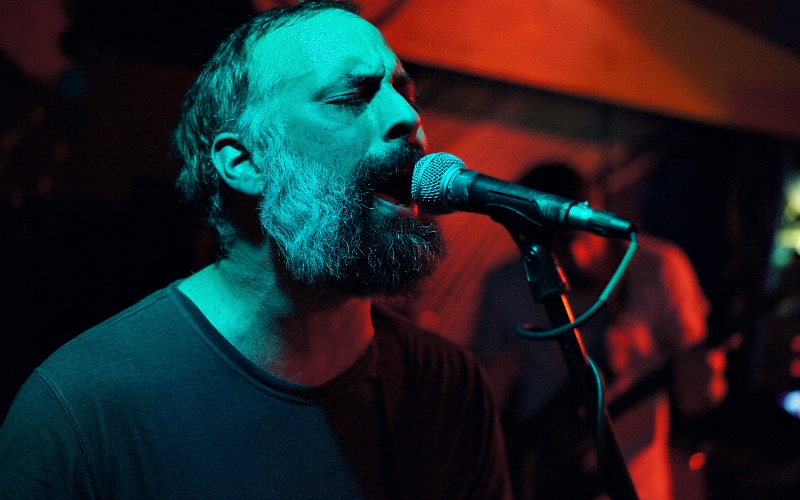 This was the type of show that had nearly the entire town in a fit. In a grand stroke of luck for Lawrencians young and old, The Appleseed Cast kicked off the weekend with a grand performance at the Replay. The downtown roadhouse was already overflowing before the show even started, and fans had to make the conscience decision to stake out their spots early. 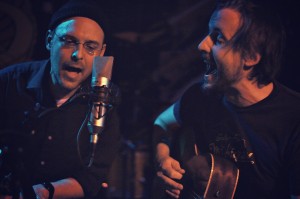 They were joined by the scene’s most lovable folk-duo, Drakkar Sauna. The tall songsters sat facing each other on tiny chairs, surrounded by guitars, a kick drum, and itty-bitty organ. They indulged in tales of space, adding machines, and Burroughs. The band is just as unique as Lawrence, and it this city had a soundtrack, Drakkar Sauna would be prominently featured on it. When they both donned guitars, they jokingly apologized to the audience, “This song’s quiet, real quiet. We apologize to the second row, who won’t be able to hear this song.”

Here’s the song they started their set with:

After Drakkar Sauna’s toe-tappin’, kick-drummin’ good time, the already-packed Replay somehow managed to squeeze in a few more fans itching to observe this killer lineup. That means it go cozy real quick, and you had to suddenly get real familiar with your neighbor (who no doubt was sweating as much as you). Just as folks started to peel off their layers in an attempt at some comfort in the swampy atmosphere, the air conditioner kicked on (in January, can you believe it)? A collective sigh of relief rose from the audience, and the Appleseed Cast started up their set. 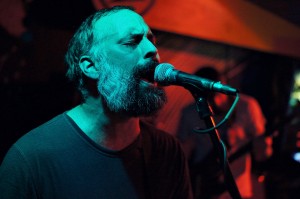 They really just ripped into it, an explosive opening to a set that only grew louder as the night went on. Anyone who was trying to keep their cool and quietly nod along to the music ultimately failed and gave in to head-banging and body swaying. Fans were propped up in every corner, against every bar and table, leaning in on pinball machines, and straddling whatever instrument cases were left on the ground after load-in. The Replay’s never really so packed that you can’t see, but at this show those relinquished to the back actually had a hard time making out anything onstage.

Frontman Chris Crisci is a familiar face around these parts, and the crowd was happy to indulge in his smooth vocals (and emotional lyrics) over forceful and melodic guitar riffs. Even guitarist Taylor Holenbeck was a bit uncontrollable, darting back and forth in his allotted stage area while impressively never missing a note. The former Lawrencian has since moved down South, so this show was a bit of a nice homecoming for the musician who, just a few years ago, was fairly active over several music projects here.

While the Appleseed Cast’s performance brought the Replay to a boiling point, very little of the crowd actually took breaks from the heat. Even I had to quit photographing for a while because the camera lens had fogged up. But, as their indefectible drummer held it down, the storm raged on and grew more charged and intense in volume by the minute… possibly thanks to their gear on loan from Muscle Worship (one of Lawrence’s most notoriously loud bands). We’re sure their ridiculous pedal board setup also helped with that infallible fuss and raging reverb.

After the show, the band headed out for a short little tour. This week they’ll find themselves in Texas, Louisiana, and Oklahoma. No word on how often they’ll play here in Lawrence, but the locals will happily take it when they can. No wonder the whole damn town showed up.