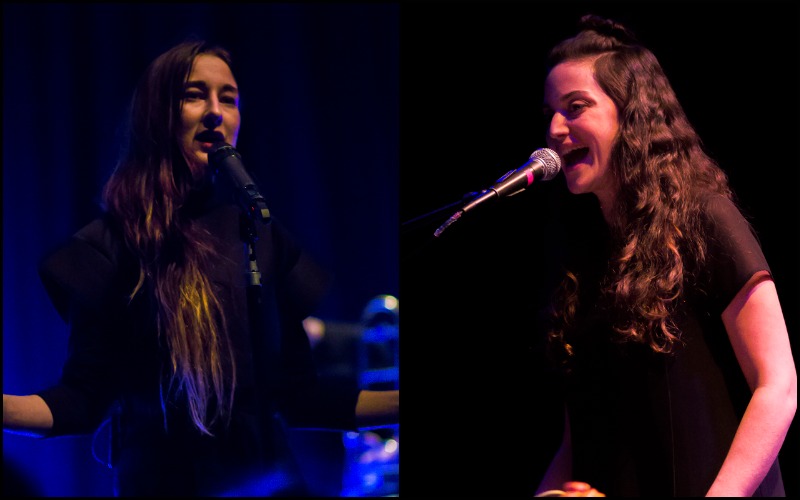 At a quarter past 10:00 on a Wednesday night at the Granada, with a plastic iceberg planted dead-center, Zola Jesus took the stage. 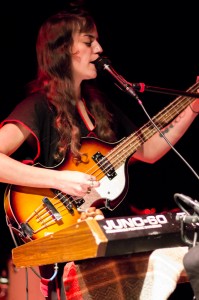 The venue was cold, and as the 9 o’clock start time came and opening artist Deradoorian began to play, only the most intimate of crowds had amassed to watch the performance. Deradoorian is a Los Angeles based multi-instrumentalist with a subdued percussion and loop-based sound, and an almost aboriginal performance art vibe. Deradoorian is the kind of sounds that pair well with love-making or intense meditation, but not so much with stage and lights and 9 o’clock Wednesday nights. 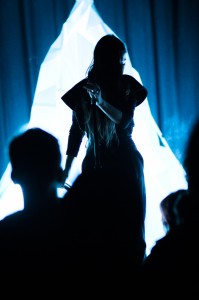 As the main lights dimmed, the iceberg (an incredibly simple light installation) came to life with bright, ice-cold tones of blue and white. The crowd, which had grown to a much larger but still quite humble 200+ came to life then as well, screaming and clapping as Zola Jesus (Nika Danilova) began to command the microphone with an intensity quite unexpected from someone with such a small frame. It wasn’t surprising to later learn that she began her music career studying opera.

Zola Jesus’ live show is comprised of a percussionist, a trombone player/keys/synth, and a dedicated keyboardist. The sound is massive, a complete hard turn from her choice of opener. The iceberg-like light installation set the mood perfectly, changing in hue and brightness to create the perfect backdrop for Zola Jesus’ bombastic sound and aggressive use of stage. From downbeat to final note, and through a three-song encore, the crowd was rapt. And only with visible reluctance would anyone venture away to the bar.

The generous handful of fans in attendance certainly have something worth holding over those unwilling to brave the cold or the late weeknight. Zola Jesus was phenomenal.