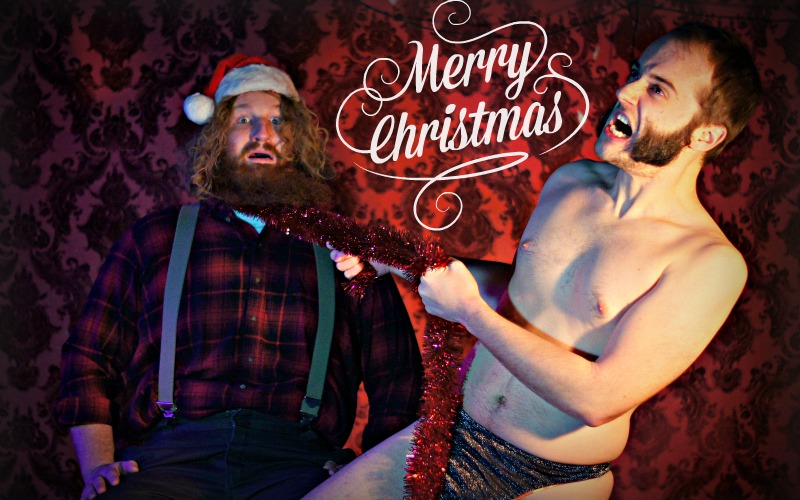 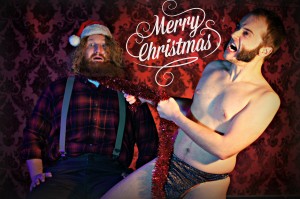 Editor’s note: As you take off for the holiday (or if you’re soldiering through it), please enjoy this Lawrence version of “Twas the Night Before Christmas,” or (as we like to call it) “A Visit From St. Nicholas St. James.” I had previously posted a version of this poem in 2011, but updated it this week to reflect current bands and trends in Lawrence, Kansas.

Twas the night before Christmas, when all through Lawrence

Not a creature was stirring, not even Dennis;

The firetruck ladder was hung by Weaver’s with care,

In hopes that St. Nicholas would soon be there;

The gutter punks were nestled all snug at the Replay,

While visions of Lawrence bands rocked the night away;

And clubbers in stilettos, and I in my cap,

Briefly stopped by the Jackpot, to check out local rap;

When out on the street there arose such a clatter,

I sprang from the smoking patio to see what was the matter.

Away to the street I flew like a flash,

While metalheads at the Granada continued to thrash;

The moon on the breast of the new-fallen snow

Gave the lustre of mid-day to the scenesters below,

When, what to my wondering eyes should appear,

But a van full of dudes, and all their band gear,

With a little old driver, so lively and quick,

I knew in a moment that this band was sick.

And that’s when I shouted and called them by name;

On Major Games! On Nicholas St. James! On Approach and Gnarly Davidson!

To the Replay, the Bottleneck, and Jackpot Music Hall!

As I bid hello to one show, and told another one goodbye,

I met up with some rocking fans, throwing horns to the sky,

So up to eleven, the band’s music did spew,

With a night full of rock, and some hip-hop too.

And then, in a twinkling, I heard on the roof

Dean Monkey and the Dropouts had suddenly gone aloof,

As I drew in my head, and was turning around,

Down came The Bad Ideas and Red Kate with a bound.

They were dressed in all leather, from head to foot,

And their clothes were all tarnished from the touring van route;

A bundle of photogs had come in through the back,

And they snapped a few photos above all the feedback.

The scenesters’ eyes – how they twinkled! Their dimples now merry!

Their cheeks were likes roses, their armpits were hairy!

Their droll little mouthes drawn up like a bow,

And the beard of the sound guy hung really low;

The stump of a pipe the potheads held in their teeth,

And the smoke it encircled their heads like a wreath;

The door guy had a broad face and a little round belly,

That shook, when he threw drunks out, like a bowlful of jelly.

He was chubby and plump, a right jolly old dude,

And I chuckled when he threw out one-liners that were crude;

A wink of the bartender’s eye, and a twist of his head,

Soon gave me to know the night was hardly dead;

The DJ spoke not a word, but went straight to his work,

While the dancers below did their best to twerk,

And laying his finger aside of his nose,

The bartender shouted “Last Call!” and up everyone rose;

They sprang to the door, shooting out like a missile,

And away they all flew like the down of a thistle.

I stood in the street and exclaimed, as they disappeared out of sight,

“What a kickass show! What a hell-of-a night!”

Editor of I Heart Local Music in Lawrence, Kansas.