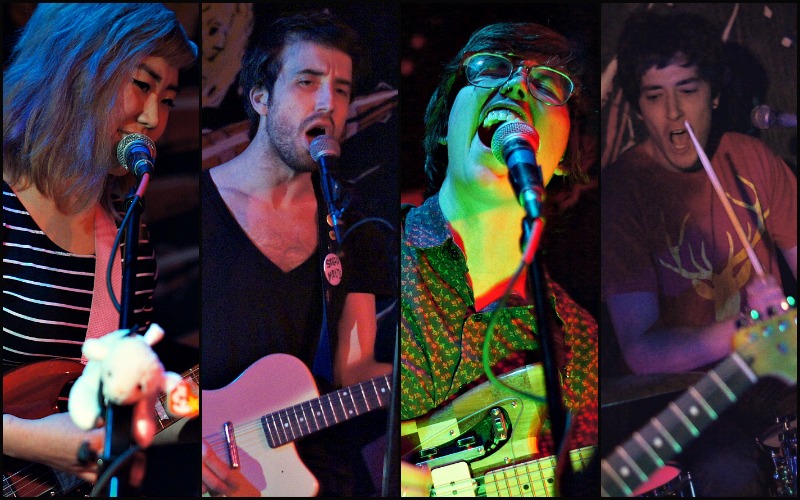 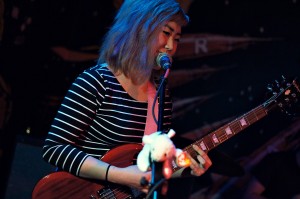 It was certainly a colorful affair at the Replay on Friday night. Dozens of bright, full balloons floated around the air, over-saturated in light that was seeping out of bulbs that were clipped onto every nook, cranny, and mic stand.

The evening served as a Stop Day party, and you can bet the students packed the place. Cop Knock, charming as ever with a disturbingly growing collection of beanie babies (shudder), are a three-piece everyone should be paying attention to in the coming year. Their garage numbers are on point with what the Lawrence scene likes. 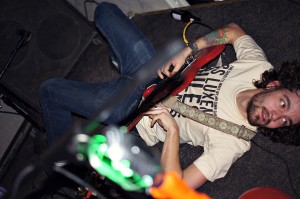 Psychic Heat kind of stole the show with their tireless numbers and flailing limbs. The fans kind of destroyed the place for their set. Nobody really remembers much from this zealous and blurry part of the evening, except that at some point the frontman took his pants off and performed in his boxers. If raging along to the Lawrence favorites didn’t exhaust you, then watching their insane musicianship and fast fingers probably did the trick. The band is busy finishing up a record, and introduced everyone to a new song (below): 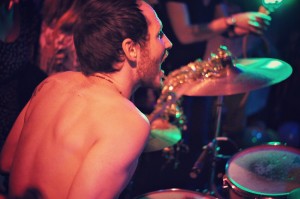 The crowd remained just as intact and crammed together for CS Luxem, the man with a band that seems to be growing with more members by the minute. At this point, the soggy crowd was dripping with sweat (if it wasn’t yours, it was someone else’s) and took a cue from Psychic Heat’s frontman and started shedding their clothes as well. When Luxem wanted to end the set, the crowd demanded more. Because he is a polite fella, he obliged and fed the hungry crowd. Because he is a talented fella, they were never satisfied and stayed hungry.