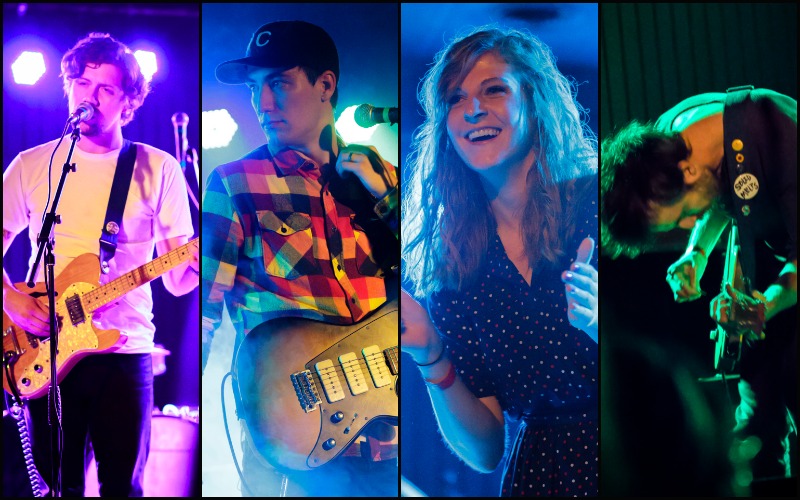 Apparently, Hembree is a big deal. As, much to my surprise, a modest crowd was definitely not in the cards for The Bottleneck on Saturday night.

To be fair, the supporting bands weren’t a group of lesser unknowns. Opening the show with a subdued set of layers upon layers of vocals, guitars, and prerecorded rhythm was Bonzo Madrid, the new solo moniker of Cowboy Indian Bear’s CJ Calhoun.

Following Bonzo Madrid in a complete, sonic about-face, was an intense set by the incredibly talented Spencer Mackenzie Brown who almost always, single handedly (bandedly?) brings the mood of the evening higher than anyone performing before them. Though, not to be outdone, Your Friend somehow managed to keep the mood high while simultaneously giving everyone the overwhelming urge to shoegaze with the singular brand of ethereal indie rock that’s been pushing them to further professional heights and made them a Lawrence staple and a Domino Records darling.

Rounding out the night was, of course, Hembree. Made up of former members of the now defunct Quiet Corral, Hembree brought a more straight up rock n roll vibe to the night. Save for the occasional drunk fan falling out of their booth, Saturday night went off without a hitch.