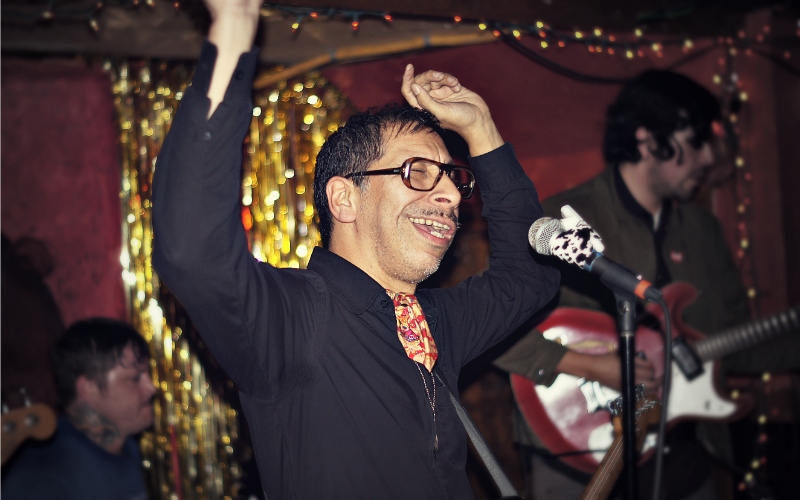 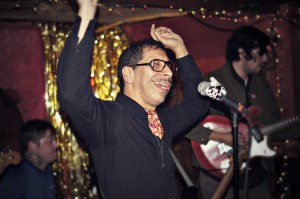 Friday night got a little funkier for Lawrencians thanks to Kid Congo and the Pink Monkey Birds’ surprise shows. The band heads to Kansas whenever they need to record an album and completed their latest work last week. Just two hours after they finished recording, the musicians headed to the Taproom for the first of two Lawrence shows.

The weather was miserably drizzly that night, but folks still piled into the Taproom basement to watch the peculiar performance. Kid Congo brought along a magnificently eccentric set of songs that lets the audience get as funky and freaky as they want, and he does it all with a spooky little twinkle in his eye. The band treated their fans to new music (and loads of quirky antics) off the just-finished album before packing it up and immediately heading over to the Replay for a secret show that was announced moments before it happened. 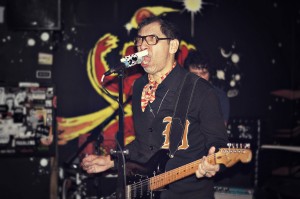 By the time they got to the Replay, both the band and the fans were buzzed from the Taproom show. Kid Congo and the Pink Monkey Birds are really becoming a familiar face around these parts, thanks to a local musician in their band (they record their albums at Ron Miller’s studio in Harveyville). So Lawrence played it cool when they came through for the two unannounced performances… but not so cool that they couldn’t give Kid Congo an oddball sendoff before heading out.

Here’s a clip of a new song from their Replay set:

Photo Gallery: The World Is A Beautiful Place & I Am No Longer Afraid To Die / The Hotelier