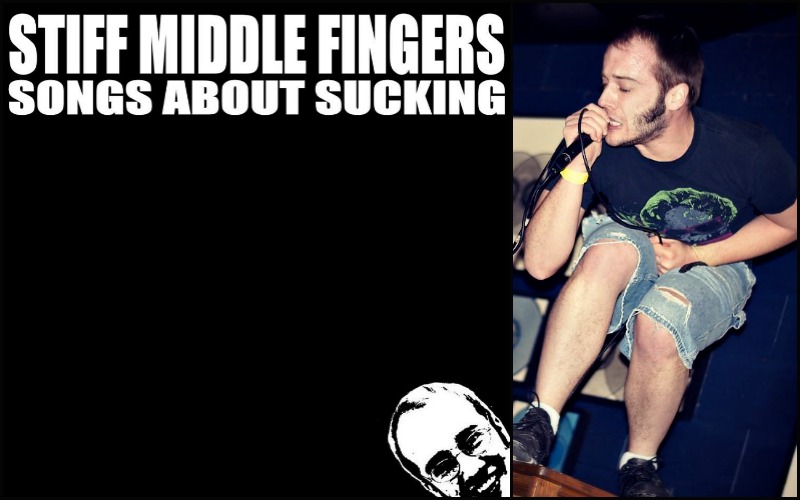 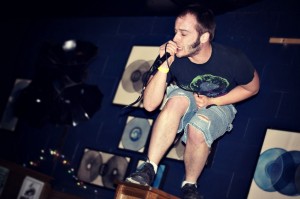 Sticking to their punk roots with a play on Big Black’s Songs About Fucking record, Stiff Middle Fingers have dropped their first studio full length album, Songs About Sucking.

Last time I wrote about these dudes, they destroyed the Replay Lounge on their live recording At the Scene of the Crime. Now they bring all of that energy to fifteen tracks (only one of which crosses the two minute mark) of sweaty, vicious, bone-breaking rock. Between Travis Arey’s razor sharp vocals and the whiplash inducing guitars and drums, you won’t be able to catch your breath before hitting repeat.

The killer guitar solo on “Fake” rockets into your ears with a ferocious shred. The angst is thick and the rage on the record leaves nothing out of it’s path: the media (“World’s Biggest Guillotine”), shitty jobs (“Common Cents”), profiling (“On the Watch List”), and self-importance (“Groundhog Day”). And watch out for the pop heavy “Munky and Head’s Day Out” (which makes me laugh every time I look at the title; I’m sure Korn would be proud). Stiff Middle Fingers jump straight from the stage into your ears and lose none of the power.

You can see Stiff Middle Fingers at the Taproom on November 20, and RSVP to the event here.