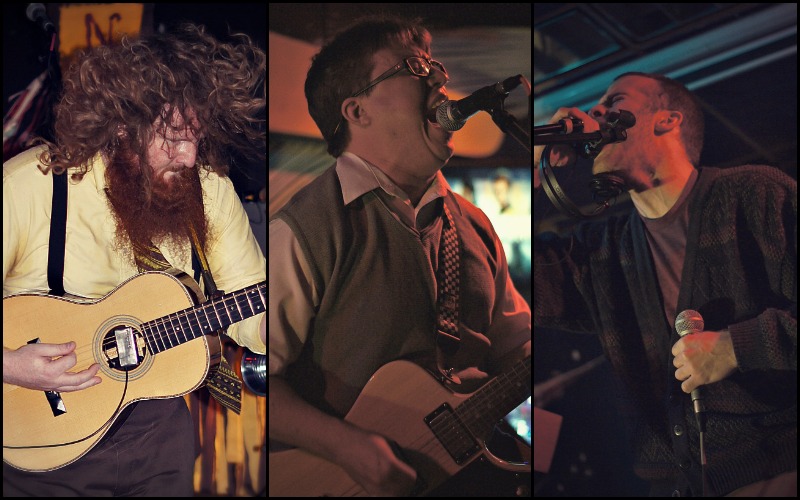 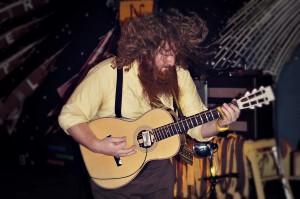 Friday night’s show at the Replay was one of those events that was just so weird it worked. Three unlikely bands came together and, through a series of strange events, made for an oddly entertaining evening.

Never was there a jollier elf than Nicholas St. James. The folk musician delivers eye-catching performances, and Friday night’s show at the Replay was no different. The bearded character, however gruff his songs are, is light on his toes. He used that nimbleness to jump off of the stage on Friday, rock out on the floor, and entertain the masses. 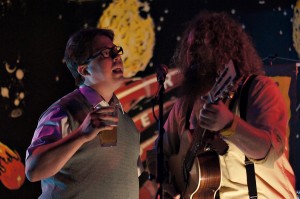 Apparently Nicholas is the kind of jolly elf that brings you luck. During his performance, the Royals scored three runs. When he tried to end the set, the now-superstitious crowd told him to keep playing until the team clinched the win. A member of Something and the Whatevers even hopped up on stage to help him drag out the set with a little harmonizing action. 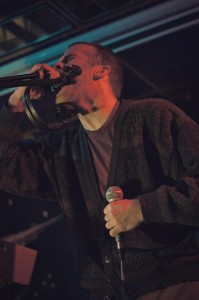 Monster is one of those acts that doesn’t head down I-70 from KC to Lawrence very often. But when he does, he leaves a big impression. The fella is a one-man band that gets his loops to work so tightly, even the most seasoned musician has to chase him down after the show to talk gear. Not to mention, he’s got one of the loveliest voices around. 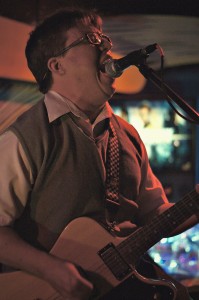 Every Summer, the band goes on a “local” tour. That’s when they play as many local venues as they can in a short amount of time. After a couple of years of this, they’ve gotten pretty tight. So tight that now they’ve got fans lining the front row of their shows, screaming most of their lyrics back to them. The band might be into silliness and fun, but they’re kind of punk as fuck. Stay with me here… they’re unconventional, not always favored by the general public, go against the grain, and thrash/rant like the rest of ’em. And yes, one of them can play a pretty mean guitar. 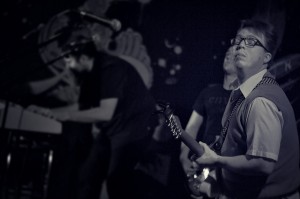 Additionally, members of this band repeatedly appear at local shows in town, constantly showing their adoration and support for other area musicians (this is something that we’ve noticed has a pretty positive impact on local musicians and their songwriting).

Here’s a number that gets the crowd fairly worked up, probably because they enjoy screaming “GOTTA MAKE A LIST, GOTTA GET SHIT DONE!” at the top of their lungs.