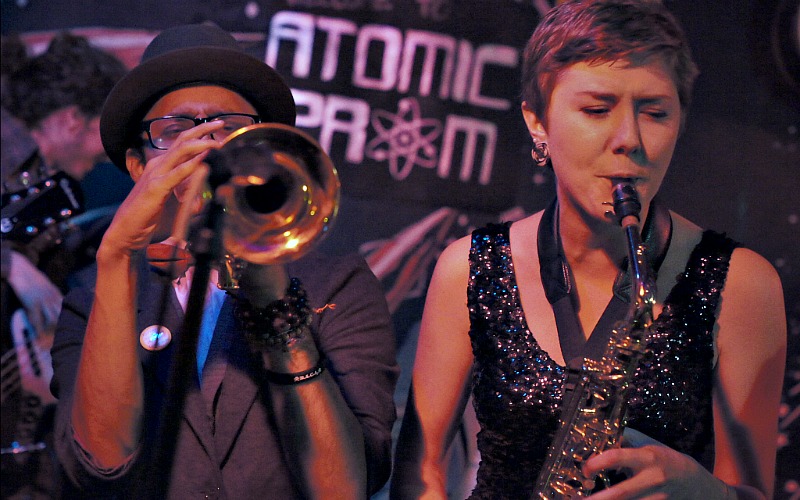 Narkalark called it. Atomic Prom was probably way better than your prom ever was. Forget awkward dances and lame dates, this was a prom you’ll want to remember.

The Replay generally plays host to this annual event for adults looking to gussy up and guzzle down. The audience arrived in their Replay best on Friday night, shimmering from head to toe in prom dresses from every era and boasting bowties and three-piece suits.

All three bands took up the entire stage, seeing as how each act held no less than five members. Narkalark impressed with their covers, while the Natural Highlights kept it strictly retro with their 60’s bouffant-style pop and impressive horn section.

While the first two acts oozed swank, Dean Monkey and the Dropouts (of course) dressed down for the occasion (with the exception of one glamorous member). They donned cut-off sleeves and even drawn-on ties, but that didn’t mean they had the audience raving any less. Their dirty doo-wop was grandiloquence at its finest. Pompous, pornographic, and perfect. The audience may have been dressed to the nines, but they cut a rug and got real naughty with Dean Monkey’s nasty numbers. Really, isn’t that what prom’s all about anyway?

Here’s one of their more popular numbers from Friday night’s set: