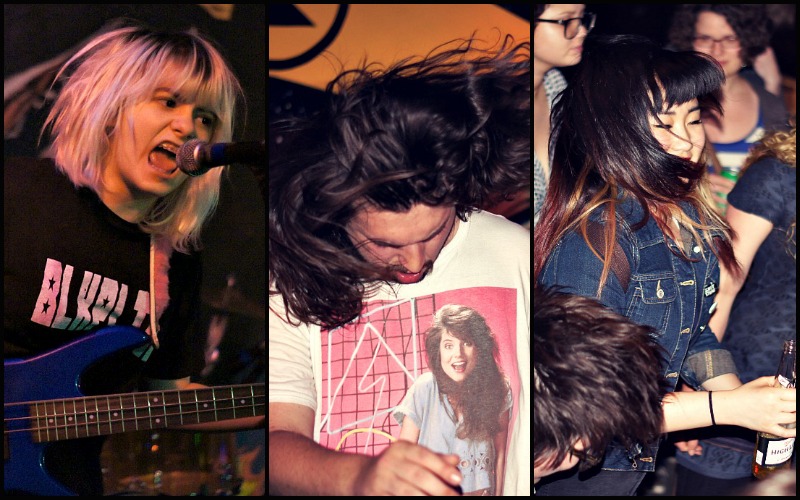 On Friday night, some new bad boys made their way into town. So naturally, they ended up at the Replay.

White Fang’s tour brought them, along with Skating Polly, to Lawrence for one of the roughest shows the venue’s seen in weeks. The Burger Records punk rockers brought out a crowd eager to get abrasive, and their onstage antics had scared much of the crowd to the back of the venue.

With beer and hair flying everywhere, the boys in White Fang got rowdy. Just absolutely disorderly. While intermittently asking for a place to sleep, they powered through one intense and short ballad after another. Occasionally, they wrestled each other, threw their own bodies around on the stage floor, and got the audience to knock each other around. This unruly show made Andrew WK look like a kitten. But they got away with it because for every bit of turbulence they caused, they also had some hilarious antics. 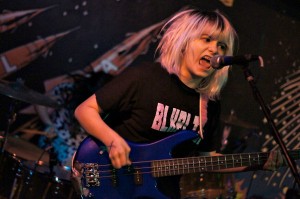 Skating Polly’s shows are nothing to scoff at, either. Steadily building momentum with the Replay audience over the last year, Oklahoma-based stepsisters Kelli Mayo and Peyton Bighorse came armed with a new album and loud attitudes when they opened up the show on Friday night.

The duo have really been indulging in music that has no set pace. It might start slow, but a fast and frenzied pace will sneak up on you and throw you for an intense loop through Kelli’s distorted screaming. We like to compare it to a lobster being boiled alive (and as soon as Kelli gets her braces off, she’s going to chew you up and spit you out). They’ve also been playing musical chairs, constantly changing up who’s on guitar and who’s on drums. This aspect of their show actually sat really well with the audience. 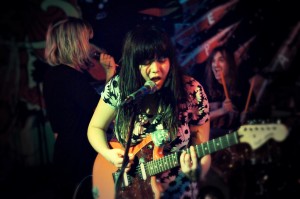 It’s no secret they’ve caught the eye of local bad-boy drummer Kliph Scurlock. When the three get together, they antagonize the hell out of each other in a manner normally reserved for siblings. Kliph occasionally joins Skating Polly on drums, and part of the set is spent making faces at each other and sticking their tongues out. The roughhousing doesn’t last for long, though. The audience is often quickly reminded that Skating Polly is a band that’s making rude waves across the Midwest and Southwest, and it won’t be long before we see them taking on bigger stages.

Album Review: Something And The Whatevers - “We Sold Our Souls For Wicked Lulz”