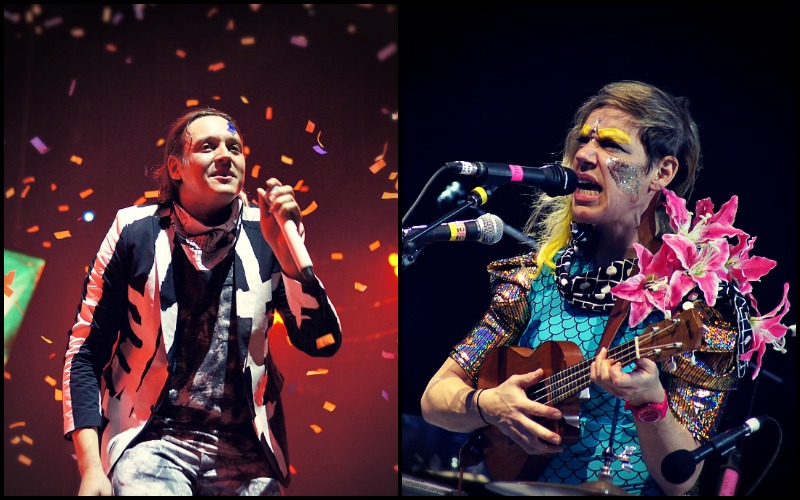 The Starlight may never have looked as fancy as it did on Saturday night when Arcade Fire blew through like a colorful whirlwind.

The vivid display started with the audience. At the beginning of their tour, Arcade Fire asked their fans to arrive at their shows a little gussied up. The nearly sold-out event turned into a sea of ties and tulle, with the occasional animal costume peppered in (we’ll thank Kid Koala for that one). 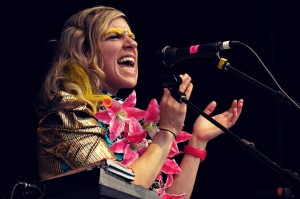 Nobody sported more hues than tUnE-yArDs. Merrill Garbus’s jazzy and chromatic band has always had a flair for flash, even as far back as her performance at the Jackpot a couple of years ago. Her music matches the vibrant and glitzy costumes, over-saturated with tribal wails and exotic beats that had every square inch of the Starlight grooving. She took a year and a half off to write her recently released Nikki Nack, and is now suddenly playing to vast crowds such as the one on Saturday night. She rewarded the patient fans by intertwining older songs with the newer ones flawlessly. 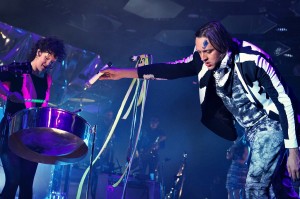 Audience interaction was the name of the game for Arcade Fire. They surprised the crowd by marching in from the back toward the front of the stage, clad from head to toe in costumes, masks, and the occasional giant head. This rich performance exploded with color, had more confetti than a Flaming Lips show, and just as many costumes. The audience’s palms had to have been sore after all the clapping that constantly erupted while lights bounced off of the hundreds of mirrors that decorated the stage, the ceiling, and their clothes.

Balancing proper musicianship with a brazen performance is a tricky task, but Arcade Fire knew how to toe the line without ever stepping into gaudy and cheap territory. Getting up close and personal with an audience that’s just as dressed up as you are may have been what did the trick.