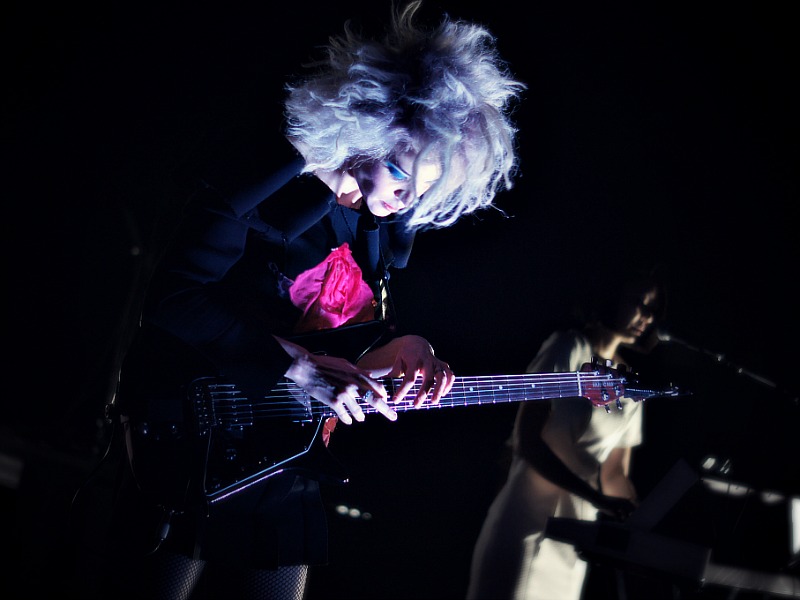 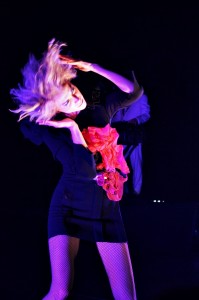 Annie Clark is a musician like no other. The mastermind behind St. Vincent has graced Lawrence over the years, constantly developing her music and live presence until it culminated at Liberty Hall on Monday night.

The memorable event set in the overflowing venue cast St. Vincent in a new light. The last time she came through Liberty Hall, the dark-haired guitar maiden shredded her heart out. This time around, the shockingly white haired performer added an intense light show and choreography to the performance. Everyone in the band was involved in these delightful and engaging robotic-like choreographed movements. But for every captivating dance move, there was also ample opportunity to rock out and head bang (which the audience did happily).

Even the quieter moments were worth celebrating. One song had a moment of silence so thick you could cut it with a knife. The few seconds of silence were deafening and sucked the air right out of your lungs, proof that everyone in the crowd was truly invested in this operation. 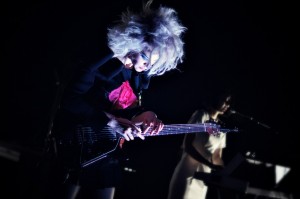 St. Vincent will be remembered as one of the most admirable talents of our generation. The music, as well as the gripping and seductive live show, will withstand the test of time and be remembered as the beginning of something new.

Brooklyn-based Noveller opened up the show. The solo instrumentalist used every method within her power to convey a melodramatic and emotionally-rich score that ended in a spectacular finish, like rolling thunder taking over the hall. Sarah Lipstate is a shy, modest, and completely intriguing artist to watch in action.

Whoever thinks that nobody is doing anything exciting for guitars is clearly not looking at women. Between Lipstate and Clark, the scene got a new appreciation for understanding that the guitar has no limits.