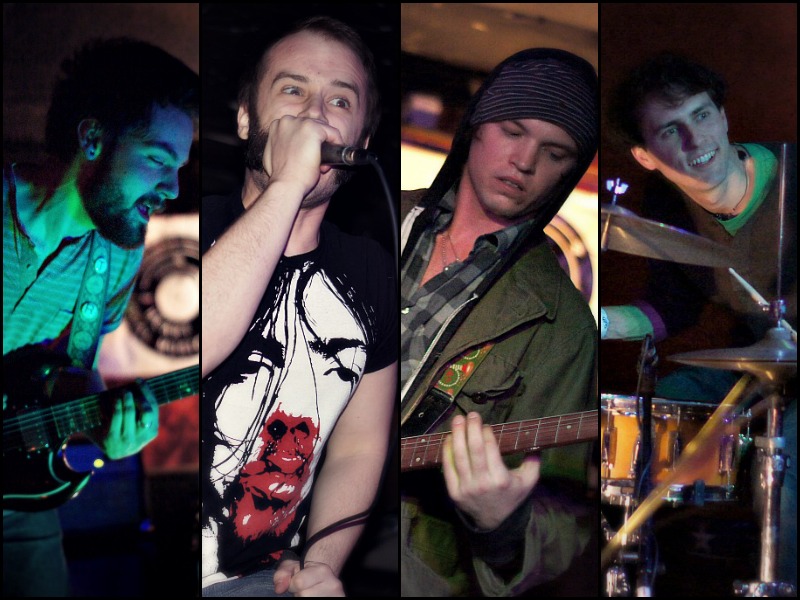 The Lawrence music scene delivered big time on Friday night when the Jackpot played host to I Heart Local Music’s annual SXSW Fundraiser. This was the first of two nights, and the crowd swelled to fantastic proportions as the evening went on. 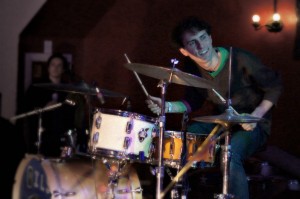 CS Luxem was the first of four bands to perform, and impressed with a hefty amount of new material. The last time we saw CS Luxem onstage, the bassist and drummer had switched roles for one song. On Friday, they did this again but for several songs. It was a thrill to watch them grow and develop their act, and we have high hopes for how audiences will receive them at SXSW next month. 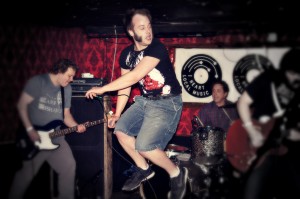 Stiff Middle Fingers are known for getting their audiences worked up, and Friday night was no exception. The crowd had grown so large by this point in the evening that the frontman, who generally runs about the floor intimidating the crowd, was limited to the stage and to climbing just one speaker (as opposed to climbing everything). “This is a hot ticket!” he exclaimed when his enthusiasm for the stellar lineup took over. 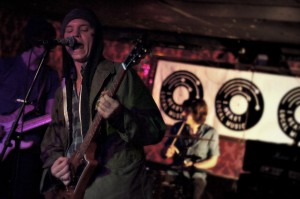 We’re not quite sure what happened to the Josh Berwanger Band, but something must have made them a little more bloodthirsty over the past few months. Prior to this evening, we enjoyed this act for their catchy tunes and for Berwanger’s smooth and beautiful vocals. But on Friday, this band was fierce.

They were relentless, with powerful vocals that gutted you and merciless guitar solos that slayed. Like a pack of wild wolves, they threw themselves into their performance with such a predatory and alluring attitude. This was not a set for tender folk. You only survived if you too had a thirst for the untamed and could withstand the fire in Berwanger’s eyes. 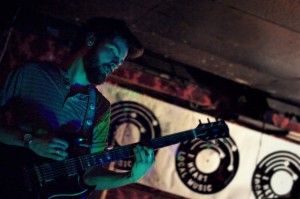 Believe it or not, there are some people in this town who had not seen Psychic Heat before Friday’s show (but word of their epic sets had lured them to the Jackpot that evening). So when Psychic Heat burst into the cold night with a red hot performance, some new converts emerged. This was when the crowd really started to move around and become one sweaty ball of unrestrained excitement.

It’s hard to contain yourself around Psychic Heat. For every wild and gyrating move they deliver onstage, the same is reciprocated within the audience. The mop-topped Lawrence favorites are making great strides in this town.. and rather than taking down everything in their path, they’re rolling it up into their electrifying world. With that kind of momentum, there isn’t a doubt in our mind that the commotion surrounding Psychic Heat will soon reach far beyond Kansas.