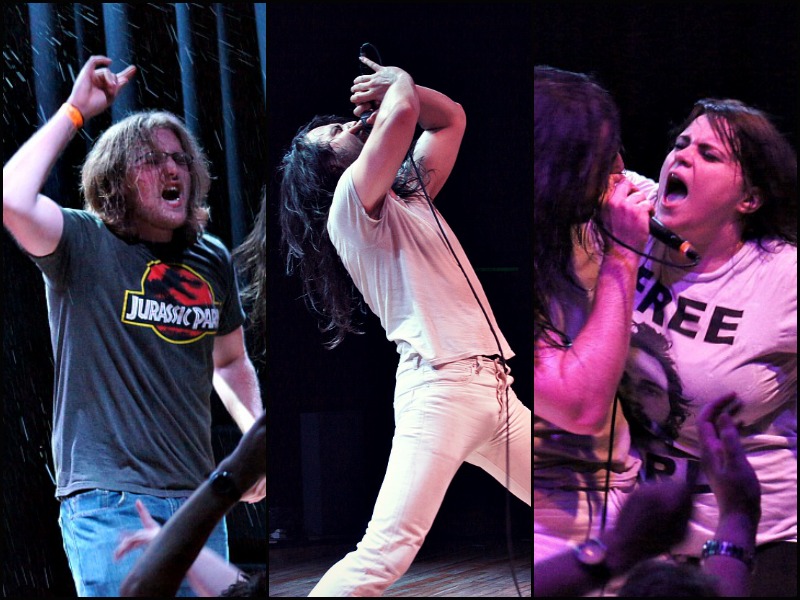 After a six year absence, the king of partying made a triumphant return to Lawrence. It was hardly an ordinary Tuesday night when Andrew W.K. took the Granada stage armed with little more than a keyboard and what has to be the grizzliest hype man ever. 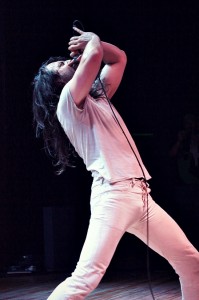 Between Andrew W.K.’s maniacal screams and the bizarre and deranged dances that came out of the fellow who resembled a lunatic lumberjack, the entire event was a spectacle. When he wasn’t finding ways to touch the fans, Mr. W.K. blew away everyone with his intense piano skills. With hands that flew faster than Billy Joel’s, the raving musical madman delivered one frenzied performance after another. With skills like those, it’s no wonder he didn’t need an entire band. A highlight included his maniacal mini-solo prior to his famous party anthem “Party Hard,” which then led to endless body surfing and stage dives. 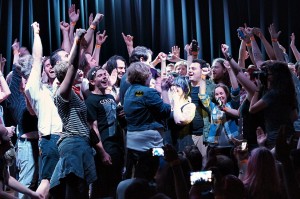 The night truly belonged to the fans, who essentially can make or break a show like Andrew W.K.’s. This was especially true at the end of the set when almost every member of the audience rushed the stage, surrounding the performers in their final moments of the show.

After a rowdy and flamboyant finish, Andrew W.K. then called up a fan who had contacted him prior to the show. He assisted her with asking her boyfriend’s hand in marriage, and the lucky fella said yes (video below).

On that note, the proponent of “Positive Partying” slammed the mic onto the ground and vanished quickly into the night, leaving behind a stage full of fans who couldn’t help but hug and high five each other.

Editor’s note: American Ghouls opened up the evening with their high-powered roars. They were followed by aggressive ska band Six Percent, who have recently returned to the stage after a decade-long absence. Video of their energetic set can be found at the end of the gallery.