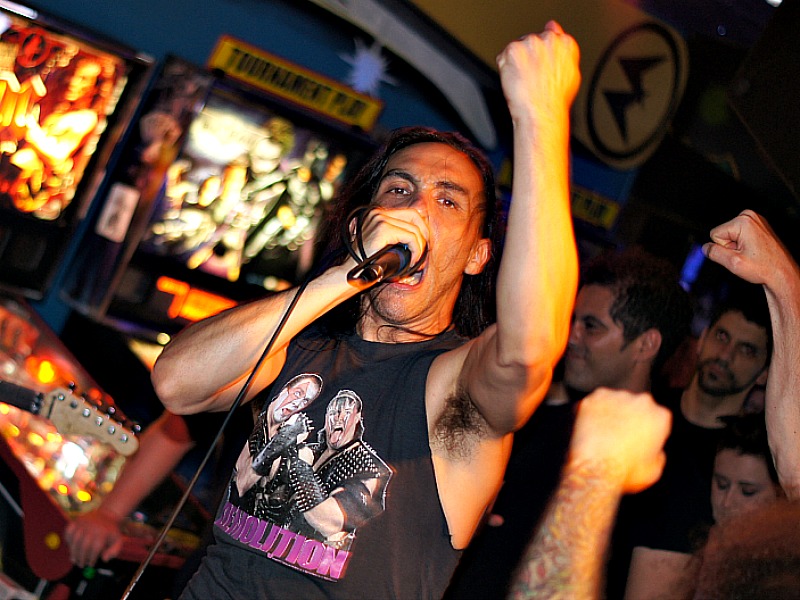 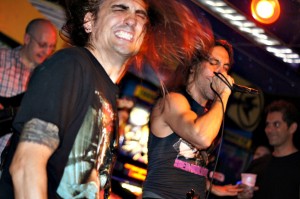 If you want to know more about metal in this part of Kansas, Friday night’s show at the Replay was a great crash course (a thrash course, if you will). The venue became a sauna on the already swampy evening when Hammerlord, along with Kansas City’s Troglodyte, wrecked the place for their CD release party.

Hammerlord shows are the perfect example of how a metal show can be a somewhat spiritual experience. It had all the ingredients for the heavy metal recipe, including a sea of sweat-spiked hair flinging about, the flesh of bloodthirsty fans slapping against each other, and devil horns thrust hard into the air. The night also served as a birthday celebration for Hammerlord’s unmerciful bassist Terry Taylor, so you can bet folks were excited. 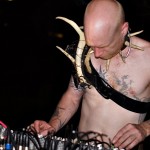 The night was so brutal, even the SOUND GUY got into it, wearing the most metal outfit of all when he sported boney spikes and what I can only describe as an unremorseful loincloth. “You are a very well-dressed sound man, man!” exclaimed Hammerlord’s vocalist Stevie Cruz. “Jesus Christ, he’s got fucking bones on his chest!” 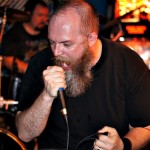 Troglodyte set the tone early when the gruff frontman (a gruffman?) released a slow and menacing spit onto the stage during soundcheck. Their songs were short, insane bursts that had fans in a frenzy. It took a couple of songs, but those barbarian revelers eventually turned the place into a violent mess (all the while keeping those horns high), and maintained the feverish energy well into the night.

After the photo gallery you’ll find clips of Storm The Castle, a classic from Hammerlord, as well as just a snippet from a song off their new album.