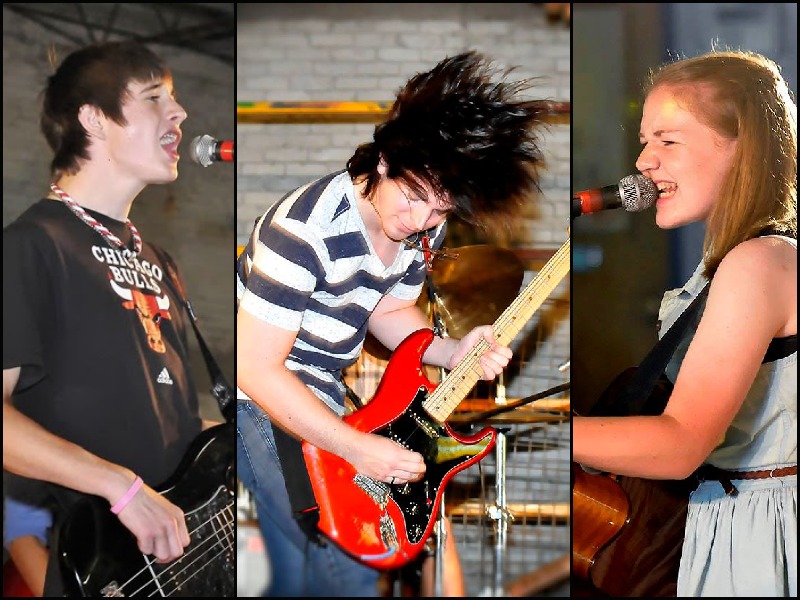 Richard’s Rock Band Camp is one of the things that makes Lawrence such a great community to be part of. It gives kids a chance to show their stuff by getting them out of basements, spare rooms, garages and on stage. Not many communities are as encouraging.

The camp teaches them what it takes to prepare for and put on an honest to goodness rock concert. That includes real life situations, like working with band members, equipment setup and practices, and having fun learning new songs with a purpose, not just for yourself but for your band. The camp also shows them that life isn’t perfect. You are going to make mistakes, gear can malfunction and it might even rain on you (as it did on Saturday when the concert had to move into SeedCo). In the end, though, you get to put on a great show and entertain the crowd and be a star on stage.

It made me think of the Kansas State Motto: Ad Astra Per Aspera.

Kansans know what this means. Make no mistake, these are our future Stars.