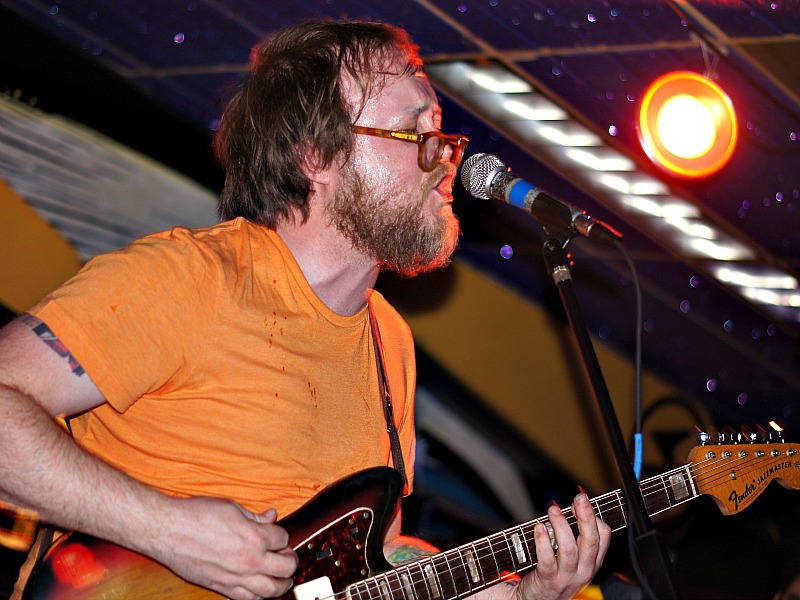 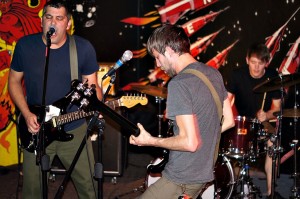 Friday night was a lesson in toughness and resiliency at the Replay.

The night began with an intense and delightfully abrasive set from Monsoon Lazer. The band, featuring the talents of the Gunnerson brothers of JabberJosh and Aaron Pillar (of Appleseed Cast fame), is a hard rock match made in heaven. Listening to their live sets is like listening to dueling banjos, but substitute screaming for banjos and a knife fight for dueling. Will Gunnerson kept the pace high in his trance-like state behind the drums (he generally plays with his eyes closed and head tilted back), while brother Sam did a sort of tap dance all over the place. He nearly gives himself whiplash when he flings his entire body back and forth song after song. 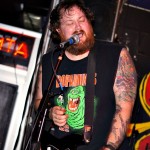 Truck Or Dead Horse, a band from Chicago, was a treat to watch. They were brutal as all hell. The giant brutes in the band could have probably strangled you with just a pinky, so you can imagine the damage they did on their guitar strings. The frontman gets extra points for wearing a shirt with Slimer on it. 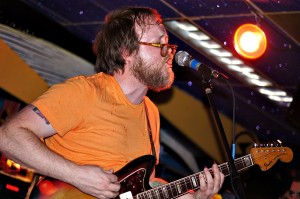 Muscle Worship showed everyone how to properly roll with the punches. The band shares members and equipment with the Appleseed Cast, who recently (and famously, as pointed out by Pitchfork) suffered some equipment damage after an accident on the highway. So when some of that gear was giving them trouble on Friday night, we got the rare chance to see one of the best bands in the business think on their feet. The rockers still delivered a healthy dose of tenacious talent and showed that this was not a band to tussle with. Their fans couldn’t have been more wonderful, waiting patiently while the guys improvised into an unbreakable set. Some fans traveled from as far as Wichita to see Muscle Worship promote their first full length vinyl release on this night, and it’s nice to see that they were not left disappointed.

Next post Something really beautiful: Hundred Waters to bring heartwarming friendship to the stage