Something really beautiful: Hundred Waters to bring heartwarming friendship to the stage 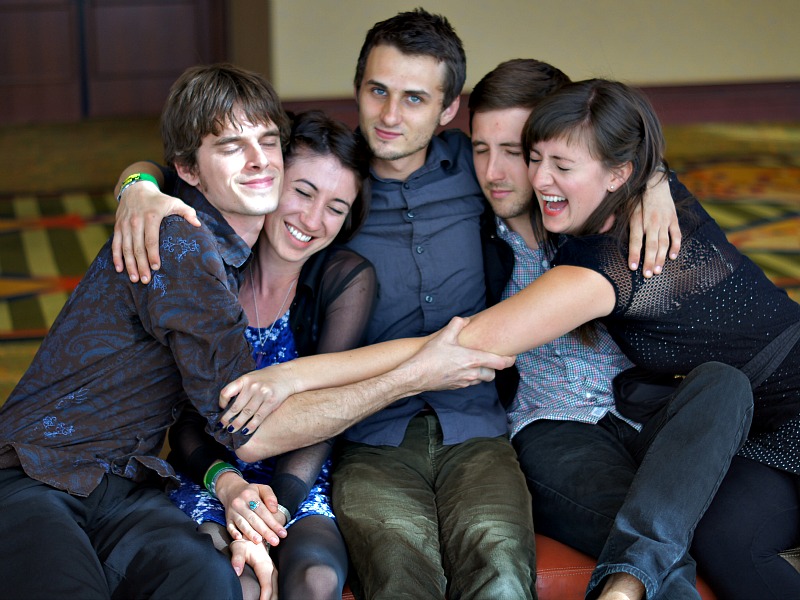 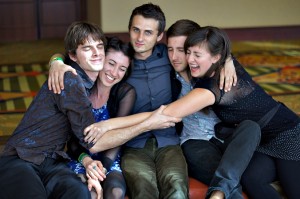 You won’t find a band closer than Hundred Waters. That trait was noticed immediately when we sat down with the five musicians at SXSW in Austin earlier this year. There’s a closeness within the band (something we admired as they snuggled together on the lengthy sofa before us), an earnest understanding between members that comes out in a heartwarming intimacy when they’re onstage.

The friendship between the three men and two women goes way back, and they truly believe in each other’s talents. Next week, you’ll see just how well that camaraderie works when Hundred Waters brings their beautifully layered vocals and intricate jazzy improvisations onstage opening for The xx at The Uptown in Kansas City.

The multi-instrumentalists so intensely believe in their work together that they refuse to let any song they perform not represent their cohesiveness. “None of the music that gets made that we play live is made by an individual,” guitarist Trayer Tryon pointed out. “There’s not an ownership of parts. It’s not like this is my riff so I’m going to play it louder than anything else. Because of that, you can kind of hear the music as one.”

Two of the band’s members, drummer Zach Tetreault and guitarist Paul Giese, have known each other since elementary school. This also allows the band to preserve that solidarity they hold so dear. Giese hinted that while it may make ironing out kinks a little more tedious in the songwriting process, it puts them in control. “It makes for a more interesting and multifaceted creation,” says Giese. “Rather than just someone’s mind doing what they want to do, you get this generation through multiple minds who ultimately have a solution.”

The band has admitted to playing some smaller shows in the past, but the game has changed now that they’re opening for The XX. That, combined with their deep-rooted friendship, is fueling their desire to remain together. “We’re all that we have,” Tryon says in only a half-joking manner. Giese chimed in “We have something really beautiful and all of us see that.” At this point, the band scooted in closely and even wrapped comforting arms around each other. “We’re not going to do something else, right now especially,” Giese said in a certifying tone. “This is the dream.”

You can see Hundred Waters live the dream on Tuesday, June 4, at the Uptown when they open for The xx.

Bonus: You can watch portions of a video interview with Hundred Waters in our video recap from SXSW 2013 here.

Next post Japandroids / A Place To Bury Strangers rock the Granada