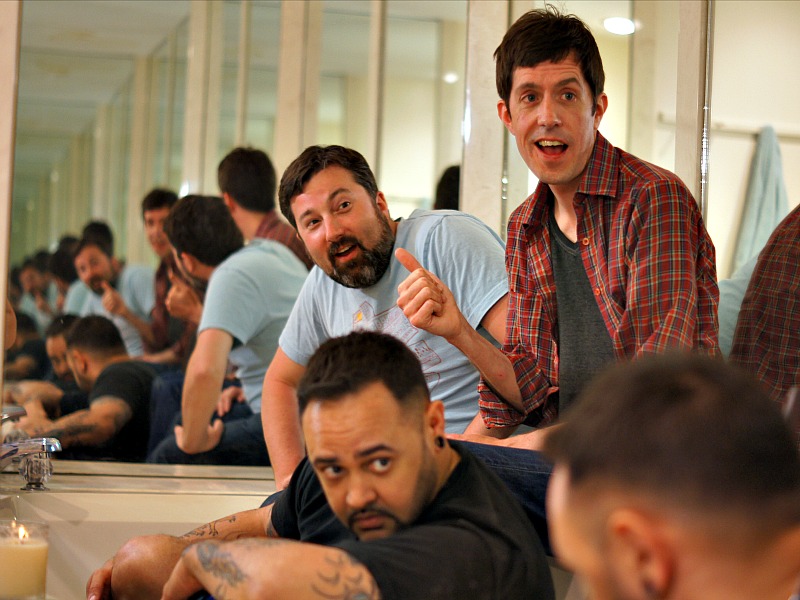 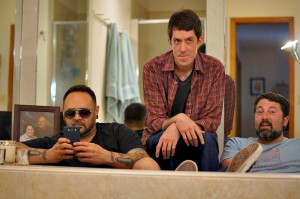 Don’t call it a comeback, but The Regrets are giving Lawrencians a reason to get excited. The band consisting of Lawrence music scene veterans Danny Pound, Daniel Benson, and Brad Allen, recently reunited and have their sights set on the Replay’s Spring Into Summer Fest this weekend.

Although they have a loyal following spanning several decades, that enthusiasm wasn’t always attached to the Regrets. The Regrets were only active for nearly two years. Before that, they were known by their more recognizable name: Vitreous Humor. “We started out playing in Junior High as Vitreous Humor,” says Pound. “We played up until ’96. The Regrets came on six months later.” After some space and a slight change in the lineup, the fellas decided they couldn’t stay away from each other. “Vitreous Humor had four people in it,” says Allen. “Brooks Rice was in the band and we knew he wouldn’t be able to tour, and we wanted to be a touring band when we got done with school.”

The Regrets, however, were short-lived. Allen moved away and enjoyed a couple of stints on the West Coast for a few years before settling back in to become Lawrence’s Public Library Director. It wasn’t long until the boys got the itch to get together and make music. “We always talked about how much we liked that record being made, and if we ever had the chance we’d like to play together again,” says Pound, who admits that now that they’re older, the priorities have changed. “I think we’re more interested in writing more stuff than recording.” 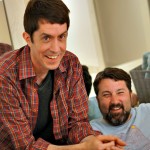 While the trio was interested in just getting together and having fun in their practice space, word of their musical reunion spread like wildfire throughout Lawrence and even Kansas City. Before long, they were asked to debut the newly reunited band at one of the biggest events in the area: Middle of the Map Fest. “I think it happened by happenstance. A friend sent me a message saying he heard that we had been practicing, and he was friends with that guy from Middle of the Map and would love it if we played,” says Allen, who confided that having a set event to look forward to really helped them focus. “It gave us a goal to work towards, trying to play brand new stuff when you hadn’t played in a long time. It was nice to have a goal… It can be awkward if you haven’t played together in a long time. I think it was just a way to get comfortable again.” Despite a 1:15 a.m. set time, the band was jumping at the opportunity to play the massive festival. “More than anything, we wanted to play together again,” says Pound. “It’s really just about the music more than having a career.” 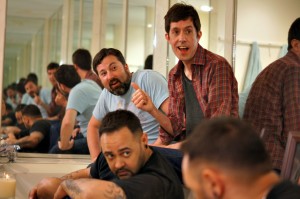 With their wildly entertaining and energetic Middle of the Map Fest set under their belts, the guys are now starting to find all sorts of fans coming out of the woodwork. Allen says one fan drove in from Minneapolis to watch the band play in Kansas City, but is insisting their fan base is still a cozy and respectable size. “It doesn’t matter how many people are interested in it, the level of enthusiasm we get from the people who are into it make it alright,” says Pound. “There are people who are really into this stuff.” Benson is also running into what he says is a surprising amount of fans. “I’ll run into somebody who knows a person who says ‘Oh, you were in that band, I love that band,'” he says. “First, you’re surprised people are still listening to that. So when you have a person who will stop to take that time to say that they enjoy it, to me that’s a basic human need you created. It’s really humbling and surprising at the same time.”

Despite the overwhelming support they’re running into, Pound doesn’t want to lose sight of the prize. “It’s only as important as it is to Brad, Dan and I. I love playing with these guys, that’s what’s important to me,” he says. “It’s like a musical family. It’s familiar, but it’s also challenging, interesting… a pain in the ass sometimes, but I dig it.” Benson says playing with the Regrets is the one consistency he’s had over the years. “We’ve been doing this since 1988, and there’s nothing else I’ve done this long in my life,” says Benson. “It’s like a second nature sort of thing that we’ve always done. We get together, we piss each other off, we play a kickass show.”

Allen agrees. “I know it sounds silly, but there really isn’t anything much more fun than playing music with people you like,” says Allen. “It’s a pretty amazing feeling. It feels pretty good. I don’t play music that much, I could take it or leave it sometimes… but really sitting down and having all of the sound coming out of these amps, the drums just pulling it together… It’s a lot of fun. It makes you feel good.”

See The Regrets pull it together on Saturday when they play Spring Into Summer Fest at the Replay. To see the full lineup for the event, click here.