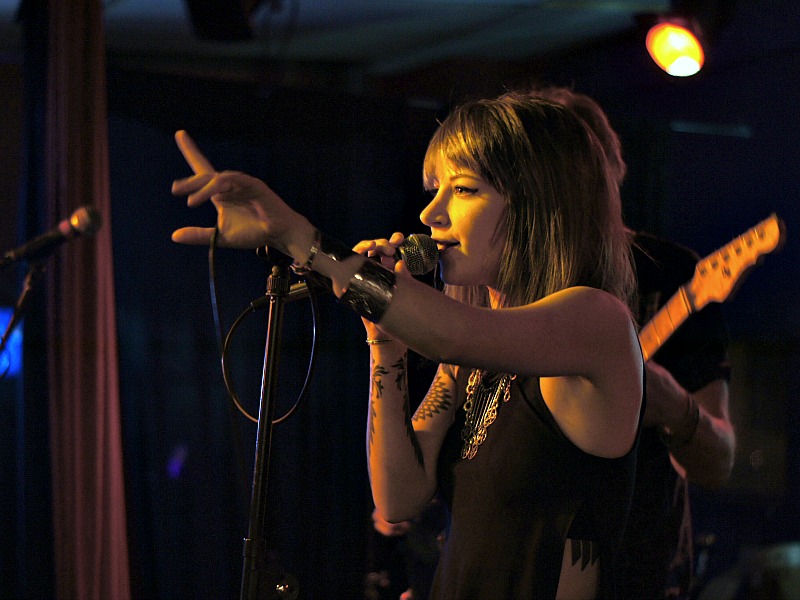 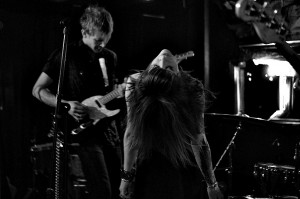 “We’re going to try a new one that we wrote last night. It’s called cocaine gypsies,” announced the vixen who sings for Kansas City’s The Devil. The four-piece, who we normally see at the Replay, tore the Brick apart in Kansas City on Friday night.

There are many reasons to admire the talented and voluptuous musicians. They’re self taught on their instruments (some of them learning the craft later in life), they can bring a room full of people to their knees with one powerful, sustained note… but the latest quality that’s been catching our attention is that they’ve really upped their game. 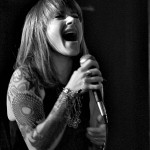 The fairly new band has really been putting a lot of focus and work into their act, and it shows. They used to sport several drum pieces onstage, now they only need the drummer. And what a number that little drummer girl is! She kept crashing as hard as she could on her kit, eyes flailing wide, and sometimes mouthing the words to the songs. The guitar solos are also impressive, tight, insane, reckless, uninhibited, and perfect. Everything they’re doing better showcases the singer’s already magnificent wailing voice. It’s a force that knocks you off your feet.

But it’s good to see that they kept some of their charm. For one, we’re happy to see that droney headbanging is still alive and well in the area.

This is a band that’s really going to go places this year. You can follow them on Facebook here, and be sure to catch their next performance.

Many Moods of Dad - “The Consequence of Trying”