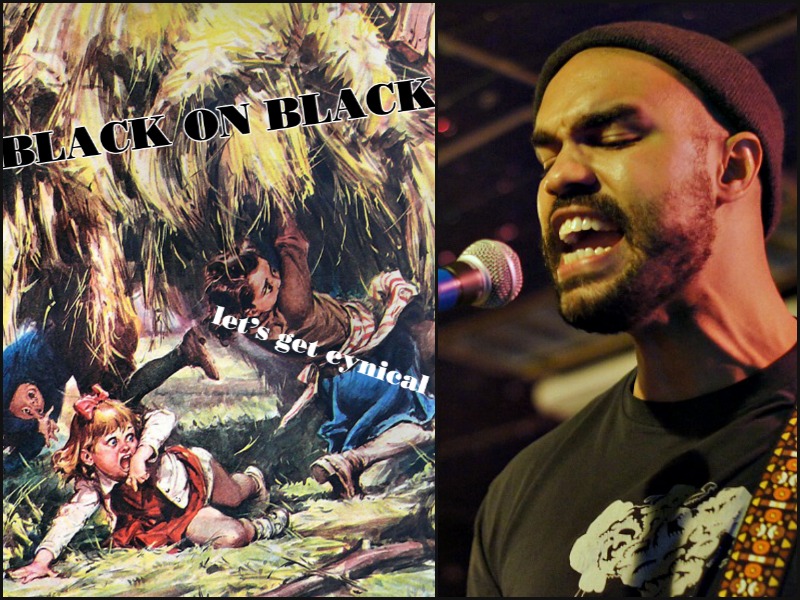 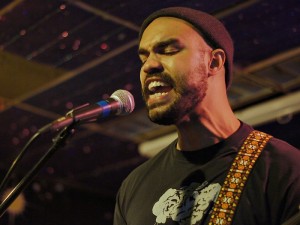 After the brief feedback subsides at the beginning of the record, we plunge into Black on Black’s newest EP Let’s Get Cynical. I say plunge, because there is no easing into this record. You could even say we’re shoved into it. It’s high quality punk rock with the attitude to back it up. The awesome opening track “Black Geometry” instantly gets you head-banging along, but right before the two minute mark, the tempo changes. The last forty seconds turn into raw fury; the guitars slamming along with the drums. The hardcore sound is complimented by the lyrics, “These words I say them to your face/I wanna ride (wanna ride) your coffin in.” God damn. I honestly could listen to those last forty seconds for forty minutes (and while writing this review, I may have). Wade Kelly’s scream becomes so intense, his voice cracks. If that doesn’t shake you to your core, then nothing will. If you have any energy left after “Black Geometry,” then you’re in for a treat.

Black on Black isn’t solely a hardcore band; they excel at writing some catchy punk tunes. “Paid Piper” sounds like a perfect match for a skate video with its breezy guitar intro. John Benda’s drumming borders on a breakneck speed; if you’re not careful, you may get whiplash trying move with the music. “Ripped” has a great sing-a-long chorus (“I see it/Ripped right open!”) with the guitars playing faster and faster till they hit wall. Every song runs short of the three minute mark, till we get to the closer “Dig Your Own Grave.” The buzzing bass intro sets a brooding tone; it’s a heavy hitter, with the slower pace leaving you hypnotized.

Let’s Get Cynical is a supersonic EP; every track hits you as fast as it can and never slows up. They either fly off the edge or crash as hard as they can. It’s an awesome hardcore album that wants to push every limit. If you aren’t ready for it, I’d get out of the way.

Catch Black on Black when they play this Friday at the Replay with Muscle Worship and Many Moods of Dad.