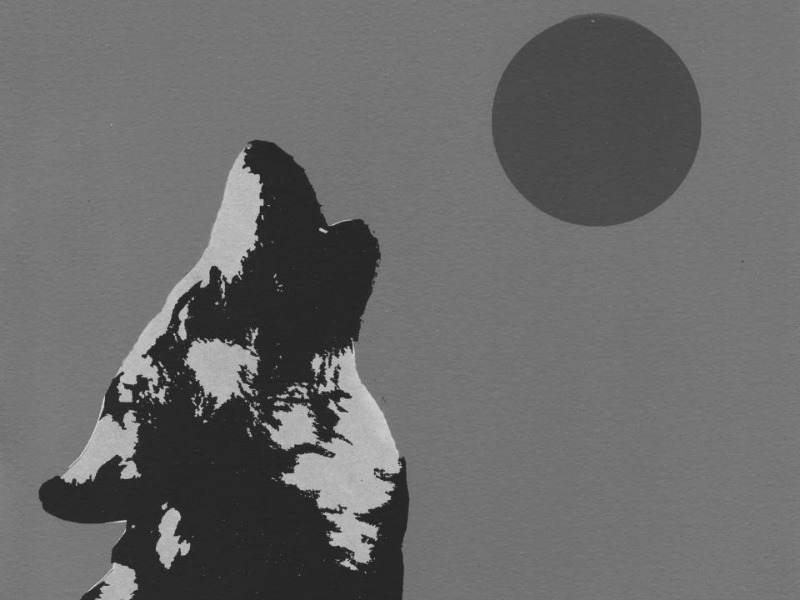 It’s a cliche and an obvious statement to say that a band matures with their latest release, but cliche or not, it holds true for the gentlemen of Fourth of July. Brendan Hangauer has written about break-ups and failed relationships over the course of two records, but it seems like the harsh lyrics get smothered because the music is so damn catchy. The band has said it best; they have “fun to sad music.” But the difference between the first two records and Empty Moon is the replacement of melancholy loneliness with utter despair. 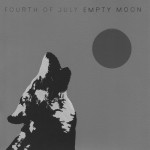 Empty Moon is a heartbreaker and a half, loaded with devastating material. Alcohol abuse, remorse, broken promises, and an appreciation for a beauty that you may or may not get back (or ever find) are scattered over the eight tracks. With the maturity that the band expresses also comes an ambition and refreshing take on love lost. Empty Moon loses the filter (which says a lot coming from a band that is about as blunt and honest as they come) and displays loss in a raw and vulnerable state. Instead of the clever, charming pop of “Surfer Dude” and “She’s in Love” from 2007’s On the Plains or the party-fueled pacing of “Friend of a Friend” or “Crying Shame” from 2010’s Before Our Hearts Explode!, the band brings us a harsher sound that might make you lose your breath for a second. This is a sound that Fourth of July has been hinting at for a while (“L Train” and “Come Home” from Before Our Hearts Explode! and even “The Faint” from On the Plains); hell, they’ve been playing songs from Empty Moon for the better part of two years! The result is a record that features the Hangauer and Costello brothers’ most solid material. Brendan Hangauer’s lyrics keep a familiar theme, but it’s not repetitive. It’s a cautionary tale; a lesson you need to learn. 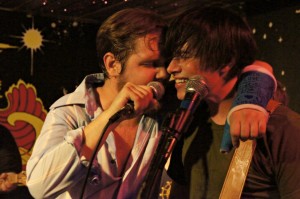 The record doesn’t even start with a breath; you’re already a part of it. It starts with the most traditional Fourth of July song on the album; the jangling guitar and horn are both staples from the previous two records. Hangauer’s gravel, baritone voice delivers the words with a matter-of-factness that seems like indifference, but that’s the genius of it: it’s supposed to be cruel and, just like the title suggests, “empty.” The emotion is there, but the tone plays it off as “ho-hum.” Regardless, you can hear the hurt and even the attitude of the song can’t hide the beauty; Hangauer paints a portrait of a lovely landscape (“and Fall’s a smell I know/the mountains in Lake Tahoe/And it’s just the feeling like the peaks of snow/Bluer than the sea/On a bed of pine needles”). It’s a stunning portrait of nature and we’ll hear more about in a few tracks. The screeching guitar and drums of Brendan and Brian Costello speed through the chorus and never let up till the song is over. A quick track and a parting of ways under a glorious, but desolate moon.

I’ve been calling “Drinking Binge” an anti-party anthem. It features great sing-a-long vocals, fun “whoa-oh-oh” back-up singing, and a terrific pace that makes it easy to bob your head along to, but the lyrics tell a tale of excess and exhausting yourself living a lifestyle reserved for the reckless. Keeping up with a crowd that stays infinitely youthful is difficult, but sure as hell you have to try. The song gives the perspective of wanting to move on, get better, but the temptation is too overpowering. Hangauer’s writing is fantastic, especially with the tongue in cheek “Well they’re young, so much fun, and dumb, full of something/And you want to get some, more than nothing.” Patrick Hangauer’s bass guitar chugs along and leads the track on its raucous, out of control path to self-destruction. But if they make it through another night, they’ll do it all over again.

“Colorado” is the other beautiful ode to nature and this theme of distance. The country-western sound of the track gives it a warm tone and makes it sound like a love song to geography. Hangauer romanticizes the locations and you feel like taking a road trip. The distant becomes greater and greater and the longing for someone matches it; “I’ve heard the first step’s always the hardest/What about all of the rest?” It’s a tremendously powerful song with the vocals crooning about a breathtaking sight, wherever he roams. 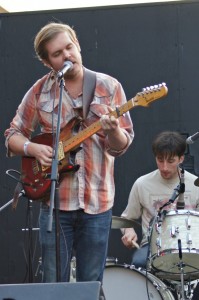 Halfway through the record we find the incredible, nearly seven minute epic “The Cost.” Hangauer takes his time with a soft delivery over a deranged sounding guitar, before he coos at the end of a verse. A track filled with heart-wrenching lines like “I like the easy life/And staying up all night/And sleeping in all day/But I woke to find I wasted so much time” and “When the lightning lit up her face/And the thunder shook her awake/She said I’m so afraid” (when he stretches out the last three words, it sent a chill through my spine). The openness and intimacy in the lyrics is heavy and at the four minute mark the music takes over, building to a crescendo where the guitars and drums crash together before Hangauer’s voice returns. A standout track from start to finish, and one that truly shows the progression the band has made in its time together.

The slow-burn of “Before Our Hearts Explode” with its French open and whispering vocals also features a country style guitar for the this tune about false promises. It’s a haunting track that leads into the two poppy songs on Empty Moon. “Eskimo Brothers” is a clever take on sex in a small town. The track is dance worthy and like the title track, is the easiest link to Fourth of July’s prior work. “Eskimo Brothers” could be a silly song if it wanted to be (and it has a certain goofiness to it), but there is an underlying bitterness and it conveys this involuntary embarrassment/stigma that certain hookups/relationships seem to have. “Let go, let go/Let it go,” Hangauer sings. Would you rather be alone or feel that intimacy? It’s your decision. Accept it.

“Fall in August” has been a favorite of mine in Fourth of July’s live set for the past couple years. The jubilant instrumentals and Hangauer’s energy when he starts to scream the latter half of the song make it a tune that’s hard to resist. And what an incredible opening: “It feels Fall in August/Hope I don’t fall off my promise/That I will be with you in a year.” The anxiety and uncertainness in a long distant relationship are so clear and trying to fix a broken relationship into what it once was, presented in this apologetic, but doubtful voice. At times, it seems like Hangauer is singing from both perspectives, not just reciting both sides take on what happened. Feeling sympathy for both sides of the relationship is tough to do and he pulls it off flawlessly.

Empty Moon closes with another favorite of mine, “Berlin.” Heartbreaking from beginning to end (“When I left did he come and see you that night?/Did you wash your sheets or did you not have the time?/Did your room smell like me and you combined?” leading to “Did he fall asleep on your side or mine?”) this track is like a confession; mistakes were made, but nothing is clean in the break-up. Staying in touch only hurts more and “Berlin” is filled with pain. As the band marches to its conclusion, with Costello’s drums getting louder and louder and Hangauer’s rhythmic verse ready to break free, we get a hopeless salutation, “Come find me when you find out who you are.” In the ruins of this love, all hope is gone, but Hangauer’s optimism has you thinking otherwise.

Maybe I’m too sensitive or maybe the material just hits too close to home for me, but the hurt and regret that you hear in Empty Moon has an unbelievable force that sticks in you. I love On the Plains and Before Our Hearts Explode!, but Fourth of July’s latest record is in a different category. There are similar themes sure, but they’ve become something else now. Empty Moon is an album steeped in the forlorn. Tragic and comforting, the album hides nothing, especially its emotions. There’s a sadness, a candidness, and most of all an overwhelming strength even when it seems our narrator is completely lost. Fourth of July is showing what makes them a great band; an awesome energy and musicianship with stellar songwriting, full of emotion. There’s nothing empty about this record.

Editor’s note: Empty Moon comes out April 9th on High Dive Records, but you can catch Fourth of July perform many of those songs on Friday, April 5th (tonight), at Gusto Lounge when they play Middle of the Map Fest in Kansas City. You can also catch them Friday, April 12, at their album release show at the Jackpot in Lawrence.

Bonus: You can listen to some acoustic demos from Empty Moon below: