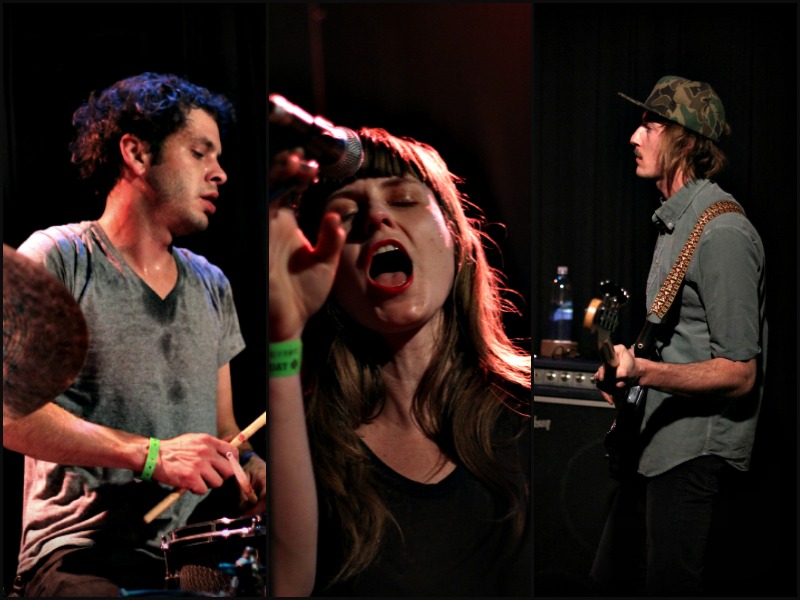 Golden Sound Records has a helluva a line-up and any time that the label hosts a show, it’s a gift to us, the audience. On night one of Middle of the Map, the basement of the Westport Coffeehouse (notorious for its improv comedy as the Hidden Pictures pointed out) was a raucous dancehall filled with terrific tunes from some of KC’s finest. Fullbloods, Millions of Boys, the aforementioned Hidden Pictures, and The Empty Spaces all had dynamic sets (including Mat Shoare’s guitar/drum/microphone smashing freakout). And there, performing near the end of this great group, were The Caves. 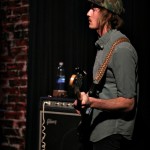 This show marked my third encounter with the band. I previously met them at my day job, when they performed for a local TV program, and again in late February at their vinyl release show for Duplexiaville (a wonderful LP that you should listen to immediately). The five-piece couldn’t be a more friendly bunch and when they start to perform, the energy is released into the crowd.

As beautiful as the night was in KC, the basement of the Westport Coffeehouse was hot. And when people started to dance and sway, the temperature only rose higher. Earlier in the evening it seemed like the crowd was a little shy about getting close to the artists, but as soon as The Caves began setting up, everyone moved to the front of the stage. There was still some room in the back and there were rows of theater seats way back, but you’d never know because of how closely everyone bunched together to get closer to the band. 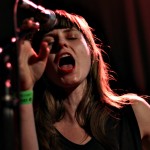 The Caves have a great knack for catchy, folky pop songs. They’re emotional and when Andrew Ashby and Elizabeth Bohannon duet on tracks, you get wrapped up in how beautifully connected they are, especially when the played “Handcuffs” and “Windowpane.” The band is in-sync at all times (and this was their first show with a new bassist!) and they play off of each other’s energy. I looked around the room from time to time and saw everyone bobbing their heads or moving from side to side (myself included). It was subtle sure, but The Caves aren’t a flashy band. Bohannon sits on a chair for their performances. She sways all over the place, stomping along with the beat, but she never leaves that chair. They bring a modesty to the stage and are humble at all times. When they played “Bad Astronomy” from their 5 Songs EP, Ashby told the crowd if anybody wanted a copy “he might have one in his trunk.”

Their songwriting is top-notch and the live performance gives them every reason to be seen. Jake Cardwell is a madman on the drums. Frantic and always entertaining, he bounces on his seat as he plays along. John Bersuch plays the keys with a soft determination. Ashby will move around the stage, but he seems like he’s ready to burst at any moment, especially playing “Weekend Blues.” This is a track with a quiet ferocity and I think that phrase best describes The Caves. The set featured a few mellow, slow songs, but for the most part the band seems like they are trying to contain an intense energy. You hear it in the music, but the members of the band are on the edge. They seem to be doing everything in their power to not destroy the venue with their presence. 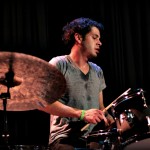 I make it sound like the band is full of fury, but they are incredibly friendly and pretty damn funny too. Ashby sarcastically exclaimed at one point, “Turn it down! I thought this was an acoustic band!” I also laughed pretty hard when Ashby was tuning his guitar and Cardwell, in his best Arnold Schwarzenegger impression said, “That’s not a tuner!” Ashby replied, “Inside jokes…” and Cardwell, in a very matter-of-fact tone said “Everybody’s seen Kindergarten Cop…”

The Caves are charming and soft-spoken at times, but they have an intensity that can’t be hidden. The temperature, the energy, the voices all rose from that stifling, crowded basement into the night.