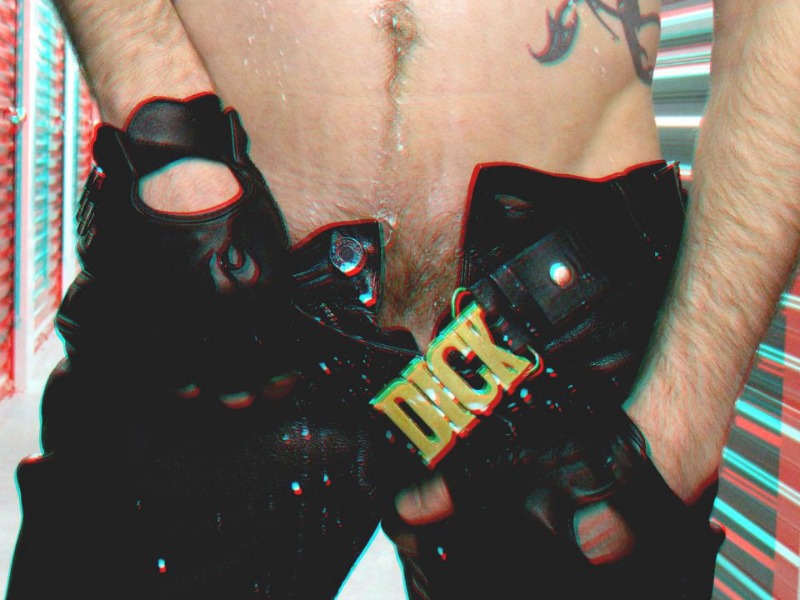 In a past life, Charles McVey and I worked together. As a matter of fact, Ponyboy. was just a newborn when we first met and he had actually sent me the original Little Dick demos and asked my opinion of them. I told him, without a doubt, that they were three of the most intense (and controversial) songs I’d ever heard. Sure, Ponyboy. has a certain shock-value (with tracks titled “Retard” and “Pants Shitter and Proud”), but more than that they are an honest band that doesn’t waste your time. They come right out and tell you how they feel. Two years have passed since I first heard those demos, but they still know exactly what they’re doing.

Ferocious and frenzied, Ponyboy. doesn’t flinch. Hell, they don’t even blink when it comes to pushing boundaries. Self-described “trash rockers,” the duo takes grunge to the edge and most of the time, throws it over without hesitation. McVey snarls, growls, howls, and yells on the tracks while the bass guitar and drums get heavier and heavier and heavier. Their latest release, Dick Dick Dick, features five tracks of excellent material that fits in with the Ponyboy. catalog. McVey sings what’s on his mind; whether it’s something he saw on the news or coming from his heart (and all the songs are from the heart), I guarantee you’ll know exactly what he thinks. Underneath the buzzing bass, thumping drums, and primal scream are downright genuine lyrics that want you to open your eyes and, more than likely, get angry.

Dick Dick Dick keeps the aggression and furious energy packed tight. Even the ballad-like beginning of “End of the Line” is short lived; David Zey’s drums crash in and take the song to its screeching-halt of a conclusion. There are times on the record when it sounds like Zey is hitting the drums so hard that the kit could burst apart. Ponyboy. is not afraid to get loud and they definitely aren’t afraid of offending you. They don’t appear to be afraid of anything. The title track starts like a call-to-arms anthem with a great drum open and bass line to match it’s smirk. The two-piece spews out lyrics about isolation, desolation, depression, and love with a hyper-sexualized persona. The EP hits you on two fronts: thrashing, abrasive rock music that will get you head-banging and a message about disappointment and the state of society. It’s a heavy record, but not heavy-handed. Every track shakes you, even if you don’t have the volume turned up.