The Mutations get up in your space 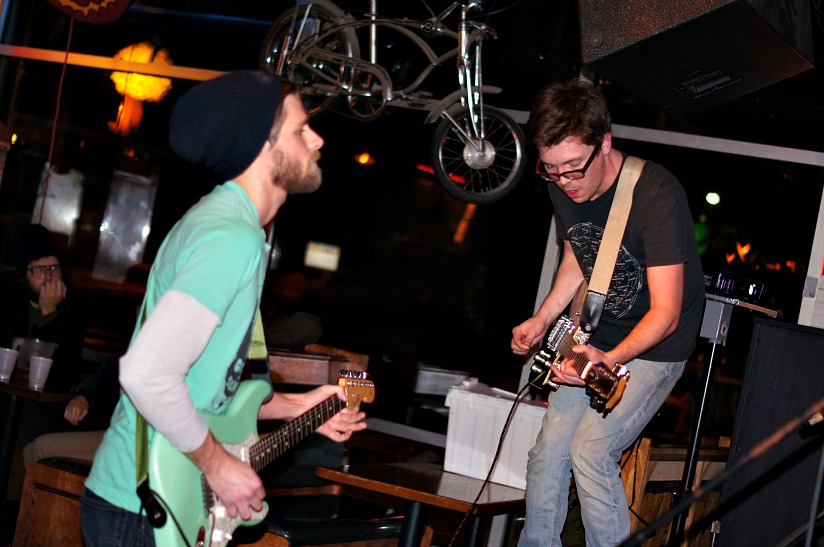 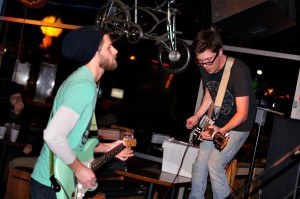 On Saturday night mother nature was playing yet another cruel joke on Kansas by dumping a snow storm across the state, but the Replay fought back by bringing a lively surf rock band in. The irony was so thick you could have cut it with a knife.

Any ideas you have about The Mutations being some sugary sweet surf rock band can be thrown out the window right now. This is a salty group of rockers, raw with attitude, and completely in your face. They diminished any thoughts of romantic walks along the beach when they screamed painful lyrics into the mic over the most rugged guitar riffs. To our delight, they even left the stage (several times) and got up in the audience’s space. They’d stand within an inch of your breath, yet manage to leave you feeling completely ignored and helpless the entire time. This was a band that made you shift uncomfortably in your seat without ever making eye contact. They were a riot. 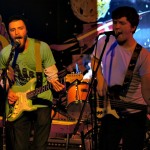 This was the Knoxville band’s first time in Lawrence, but if they return we’d like to see them play with Oils. Both of those acts like to abandon the stage and get up in your space without permission, which would surely leave the audience equal parts skiddish and rocking out.