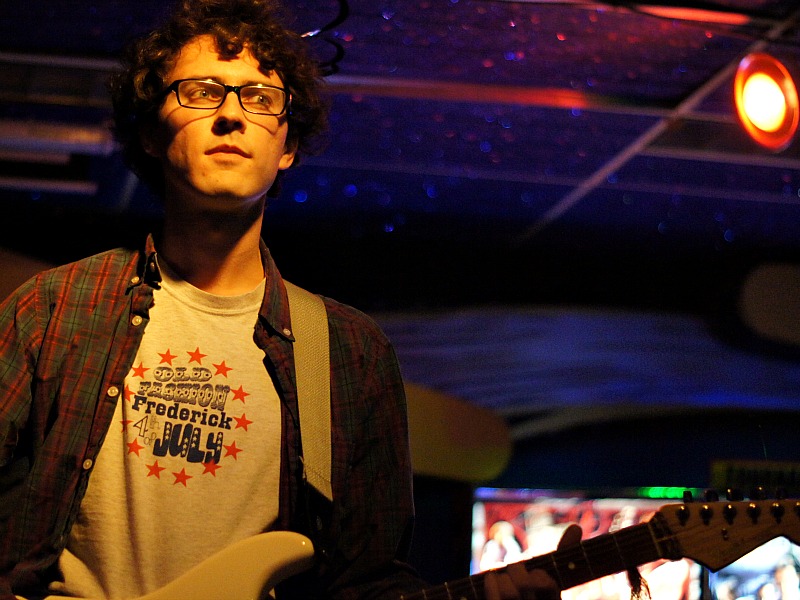 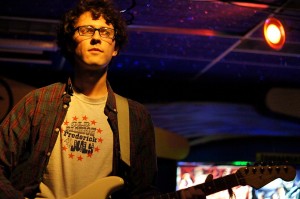 A couple of years ago, Oils was a favorite garage rock duo of ours. They were loud, aggressive, and laid back. Today, they’re a completely different band.

You’ll still see hints of their rough and screechy guitar, on the verge of tearing the place apart, but the band has controlled that power and learned how to use that weapon. The music, along with the performance, is super experimental and unpredictable. Frontman Andrew Frederick has an absolutely gorgeous voice, but between his crooning he’ll suddenly grunt into the mic or yell into the crowd. He also divides his time between standing at the mic to sing and throwing himself onto the floor of the venue to shuffle and weave in and out of the audience. The man, at times, throws caution to the wind and goes completely mad.

But there’s charm amidst the chaos. While he may use heavy reverb and vocal effects to make his voice sound like the inner monologue of a crazy person, he still finds a way to get his his nonsensical ramblings to make sense. One can’t help but wonder how something so non-traditional can seem so graceful?

The performer seems to crave and survive off of human interaction. Despite getting in your face or throwing himself on the floor, Frederick still has the audience eating out of the palm of his hand. He even coaxes them to sing his own lyrics at times. It’s hard NOT to be a part of the show.

Right before the last song, someone in the audience yelled out “Come on, let’s get weird!” Oh don’t you worry, weird’s just about the only thing Oils has got.