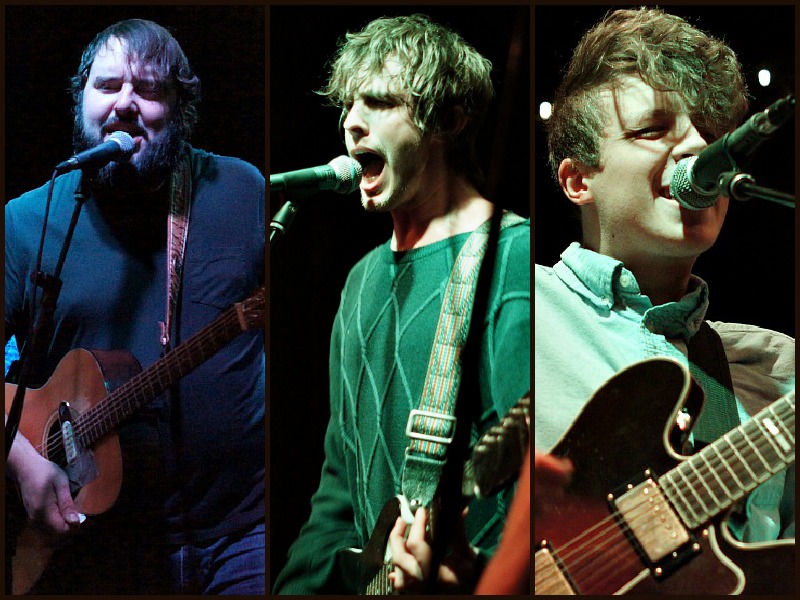 On Friday night, the Czar Bar boasted a lineup worthy of any local music lover’s attention. The evening was filled with music from hard-as-nails rockers who love a good party, and there was a strong Lawrence presence in this venue.

After golden-voiced Kansas City singer-songwriter Eric Murphy started the night off with his solo act, we were introduced to a tenacious bundle of local rockers. 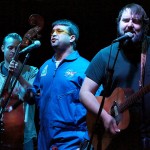 Interstate Astronauts, a salty group of swearing sailors, arrived with their twangy tunes about whiskey, laced with impressive piano solos. The band was surly and abrasive, yet at the same time warm and inviting. They’re exactly the type of band you’d want on the stage of your hometown bar. Every now and then, their saucy tambourine player (clad in a jumpsuit) would wiggle his hips with just a hint of sass. 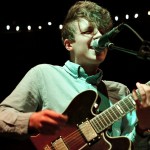 The Empty Spaces were louder than ever, scootin’ and maneuvering all over the stage. This is really just the best kind of party surf rock. Frontman Mat Shoare’s scratchy vocals are unique and stunning. Even during songs where he doesn’t sing, the band is a riot. The crowd really got into it, and started dancing toward the end of the set. “We noticed there are a lot more girls than usual,” said Shoare. “Thanks, Broncho!” 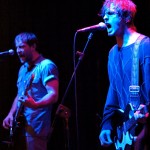 Broncho, an Oklahoma-based band, has been hauling out a series of quick tours. Friday night was the first stop on their West Coast tour, and they came packed with a full dose of energy. The band gained a lot of notoriety for their stellar album, Can’t Get Past The Lips, but on Friday they brought a handful of new tunes for their next album. 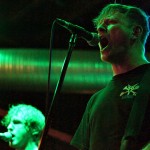 It doesn’t take much for a band of this magnitude to get crowds excited. The short bursts of punk-infused rock are wildly thrilling, so anything from a simple hop on stage to a kick from the bassist can easily get the crowd going. The rockers flailed, jumped, and gyrated so much, the stage floor started shaking. They powered through their set, and every single pair of eyes in that place remained fixated on the stage through the very end.