The Personality Within Surfer Blood

The Personality Within Surfer Blood 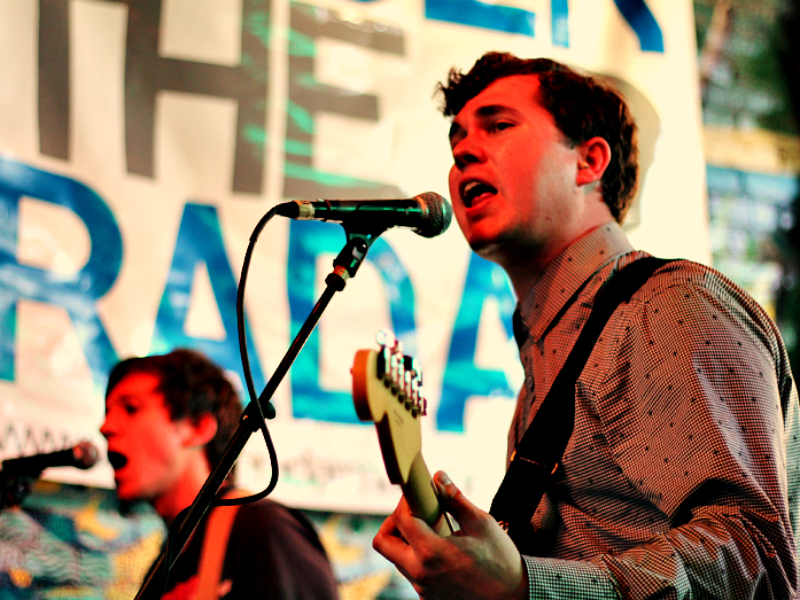 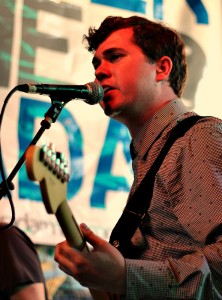 The music world is host to an endless number of intriguing characters. After my first full day at the South By Southwest Music Festival, I thought I would take the time to introduce you to one of my favorites.

As the temperature climbed and the afternoon sun began to scorch the festival goers, I made my way inside the Flamingo Cantina for the Under the Radar day party. After several fantastic sets by various artists, on to the stage appeared our person of intrigue: John Paul Pitts of Surfer Blood (lead vocals/guitar).

To me, there are few musicians as eccentric as Pitts. From his slightly stiff stage presence to his humor catered to few, his performances with Surfer Blood are always especially memorable to me. That afternoon proved to be no different in this regard.

As the band started in to the track “Take It Easy” (Astro Coast, 2010) Pitts set down his guitar and made his way in to the crowd, microphone in hand. Weaving amongst the people, he emerges with a print copy of Under The Radar and begins to thumb through it as he continued to sing. At some moments it seems to me that Pitts has channeled the spirit of the late comedic genius Andy Kaufman. As the chorus ends, he shouts to his band mates.

“Whoa whoa hold it. We can’t finish this song until I kiss everyone.” And so he began to plant kisses on all the people directly surrounding him. As I laughed I turned and looked to guitarist Thomas Fekete, who did not fail to deliver his quiet smile of approval of Pitts’ antics.

All in all it provided a wonderful glimpse into the personality within Surfer Blood and made for another great day at South by Southwest.