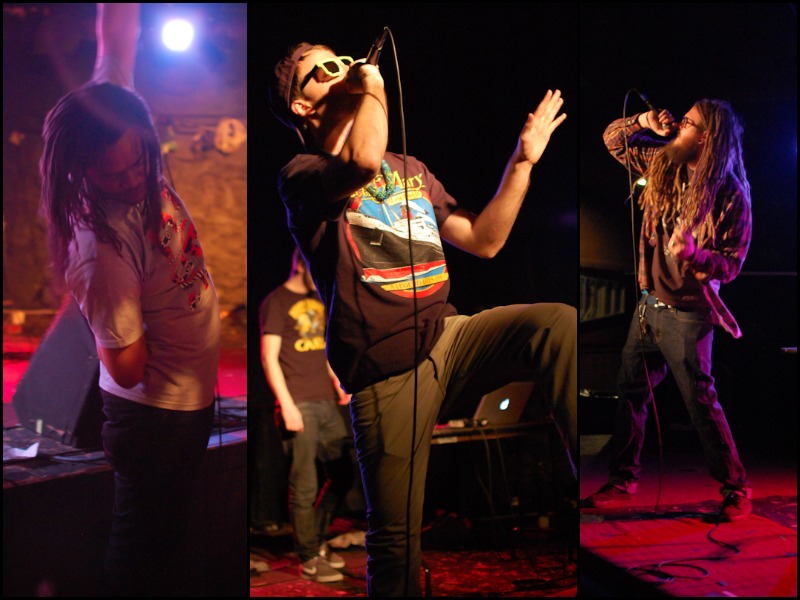 Nerds united the Wednesday before Thanksgiving for Super Nerd Night at the Bottleneck. The gamers were treated to an all local hip hop show featuring New Suede, Strider, Dropjaw and Ebony Tusks.

Robocopter even made a surprise performance, adding to the sci-fi Nerd Night atmosphere with his robot-helicopter modulated voice.

Ebony Tusks’ Marty Hillard kept it intimate by performing on the floor, asking his fans to be within “touching distance” while he rhymed.

Off The Beaten Path: Pass the Hat at the Percolator