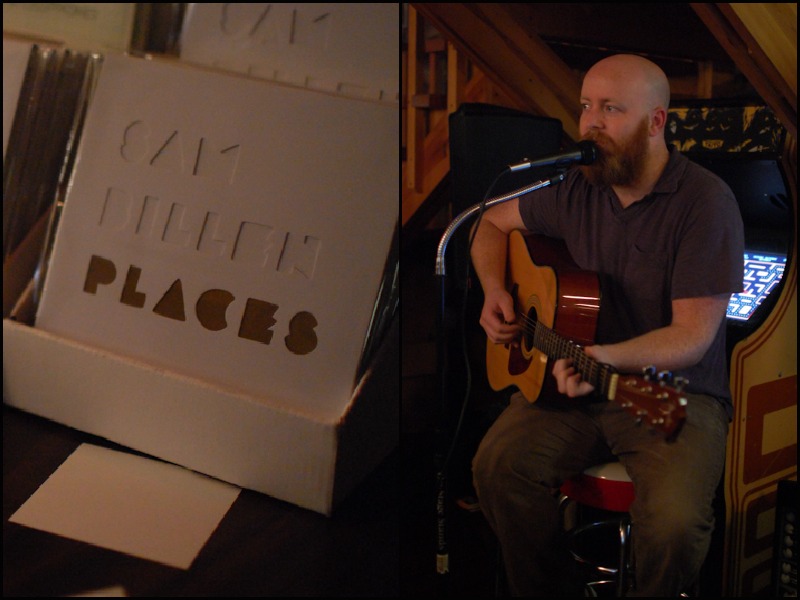 Sam has been making music in the Lawrence/Topeka area for more than a decade; and although he doesn’t play live often, it’s definitely worth catching when you can.

Sam points out that Places is a departure for him, but I would venture to say it’s almost hearkening back to 2004’s Miracles and earlier, a little less electronic and little more organic. But the difference comes maybe in the feeling of Places, and the careful patience in the music that gives the listener time to feel.

Emotion has always been center to Sam’s compositions, and this effort feels like the mature reflection on one’s childhood that only the perspective of having your own child can elicit. Tracks like “Saltine” and “It Is Not A Lie” are sadly nostalgic and even regretful, feelings most honest people have about their past. Without strong percussion behind them, the songs seem to wander beautifully, with piano and guitar working together with repeating themes. But the listener doesn’t despair for long especially on tracks like “A Light Went On,” with Sam’s clear voice projecting the innocence he’s remembering in the other tracks.

The album is a very grown-up version of Sam that I, for one, welcome.

Previous Article Where music goes to thrive: Dry Bonnet bellows inside the Replay