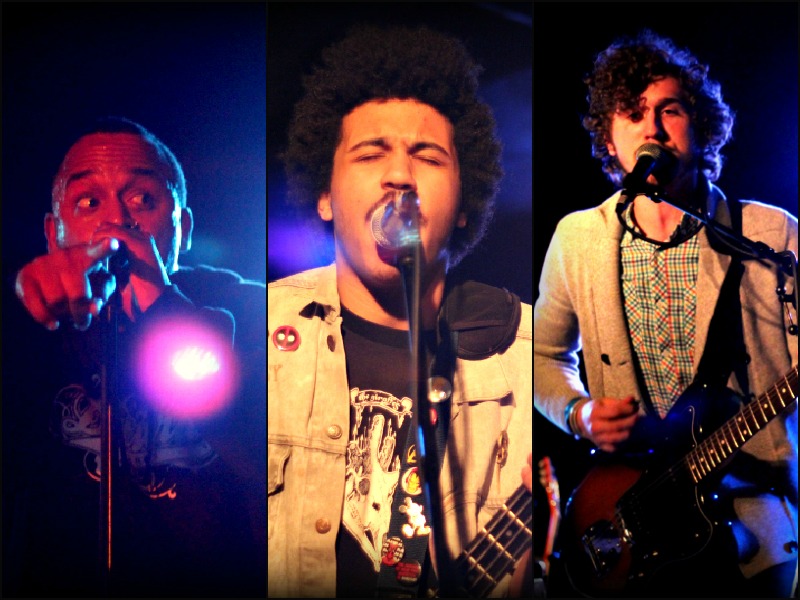 It was one exciting mixed genre line-up at the Bottleneck on Saturday night. Up first was Minneapolis based solid pop-rock quartet American Youth. Their set was very versatile and seemed to pull from a wide variety of influences. The highlights of their set for me was the all-too brief appearance of a harmonica and their cover of “I Fought the Law” by The Clash.

Up next was a very special set from a local band in a transitional phase. My Brother, The Vulture has been around since Summer 2010 and has been serving up post hardcore for the music lovers of Lawrence with a sound unlike any other band in the scene has to offer. Saturday was out of the ordinary for them because their vocalist, Alec Hernandez, was our of town. Guitarist Cameron Birdsall did a phenomenal job filling in, though. As I mentioned, however, the band is in a transitional phase. They will be changing their name to Sovereign States. I, for one, am excited to see what the future holds for this young group of musicians.

Speaking of young talent, next to the stage was St. Joseph, MO, power trio Radkey. As of late, Radkey has taken Lawrence by storm with a punk rock sound like that of the punk that came and went long before any of the three young brothers were born. They are a band with unparalleled energy – and they have the chops to back it up. Recently they announced they will be playing an official SXSW Showcase in Austin this March. Watch out world – here comes Radkey.

To finish off the night, onto the stage came Approach– local mover of crowds. From the second his set begins, anywhere within reach of the mic cable is likely to become part of the stage. Approach is a party. The party doesn’t stop until he says so – and with the extra hour daylight saving time that made for a looong party and a great night of live music.

A man of many talents: Only Son's Jack Dishel to bring music and comedy to Kansas City