A man of many talents: Only Son’s Jack Dishel to bring music and comedy to Kansas City

A man of many talents: Only Son’s Jack Dishel to bring music and comedy to Kansas City 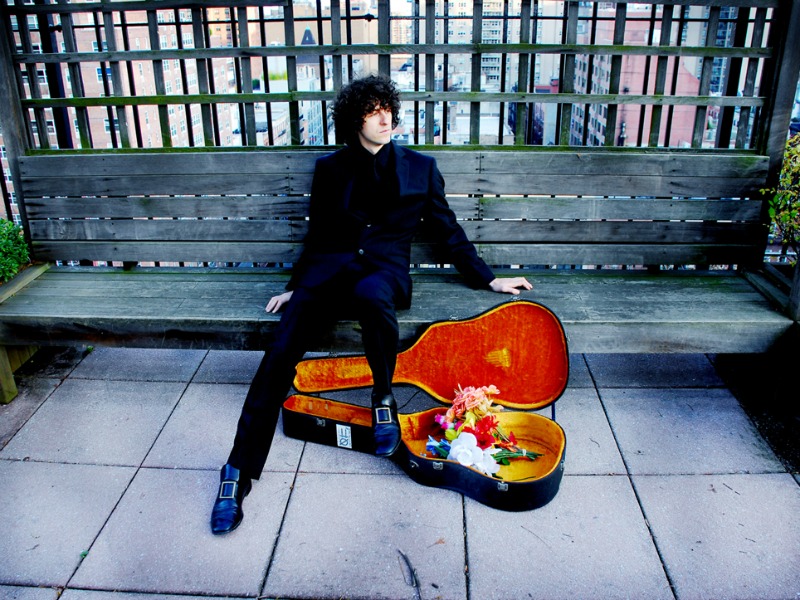 You could call Only Son’s Jack Dishel a jack of all trades. He started his career as an artist, switched over to music in his late teens, and has recently been doing some standup comedy. But on Wednesday, Kansas City will get the chance to witness Dishel’s musical talents when he opens for Regina Spektor at the Kansas City Convention Center’s Music Hall.

Dishel says he got into music “late in the game.” For most of his teen years, he actually was fairly active with his graffiti work. “I wasn’t playing music at all, and it kind of replaced a period where most kids were playing guitar and practicing, playing in high school bands,” says Dishel. But when he turned 18, he finally changed artistic paths and picked up a guitar. Dishel couldn’t have one without the other. “I’m a musician who’s also a painter. They’re different mediums, so it’s hard to know how they influence each other, but you know they have to because they come out of the same person.” Never Wanting

What ended up coming out of Dishel was a heavy learning experience. He hopped on as guitarist for The Moldy Peaches, and even later joined Little Joy, a side project from The Strokes’ drummer Fabrizio Moretti. Dishel says each band had their own way of impacting the way he creates music. “Every collaboration I’ve ever done has changed the way I make music,” says Dishel, who admits he was a fan of The Moldy Peaches when he came on. “Adam Green and Kimya Dawson, they’re such incredible songwriters. They were able to really say a tremendous amount with not a huge amount of musical knowledge. I think to me, that taught me that you never need to learn any more than you already have done to make something great. It’s up to each songwriter to make something great, and it’s possible at whatever stage you at.”

Working with Moretti in Little Joy, however, was like a crash course in musical theory. “When I was in Little Joy, a lot of the songs blew my mind because of how intricate the melodies and chords were,” says Dishel. “That was like going to music school for me. I didn’t even know he played guitar, and he’s making these crazy songs.”

But now, Dishel is pushing forward with his solo project and joining wife Spektor on tour. “Regina is maybe the biggest influence in the last few years,” says Dishel. “We’ve been touring a lot and her music has made it into my brain. I’m a lucky guy, I know a lot of really amazing musicians, and I’m never wanting for inspiration. It’s all around me.”

During his musical career, Dishel accidentally came upon another talent: standup comedy. He’s been actively doing it for about a year, but comedy isn’t anything new to him. “I found that when I was doing solo shows on tour, the amount of time between the songs would grow. So I would start messing with the audience, making sure they would laugh,” says Dishel. “I like interacting with the crowd and not talking at length or anything, just saying little things. A lot of times people would write me afterwards and say ‘Hey man, I saw your show and you were really funny. Good music, too.'”

Dishel says interacting with the audience after the show is one of his favorite perks of touring. He’s also looking forward to how, in his experience, the Midwest handles his performances. “All the crowds on the Regina tour are amazing, they all have a different personality,” says Dishel. “The only way I can think to categorize a Midwest crowd is ‘open.’ It seems to me that the Midwest has a genuine kind of excitement.”

You can bring that genuine excitement to Music Hall in Kansas City when Dishel opens for Regina Spektor on Wednesday, November 7th.

Enjoy this lively and energetic music video from Only Son, which features some of his graffiti talents and several celebrity cameos: