The Replay sends off JabberJosh in style 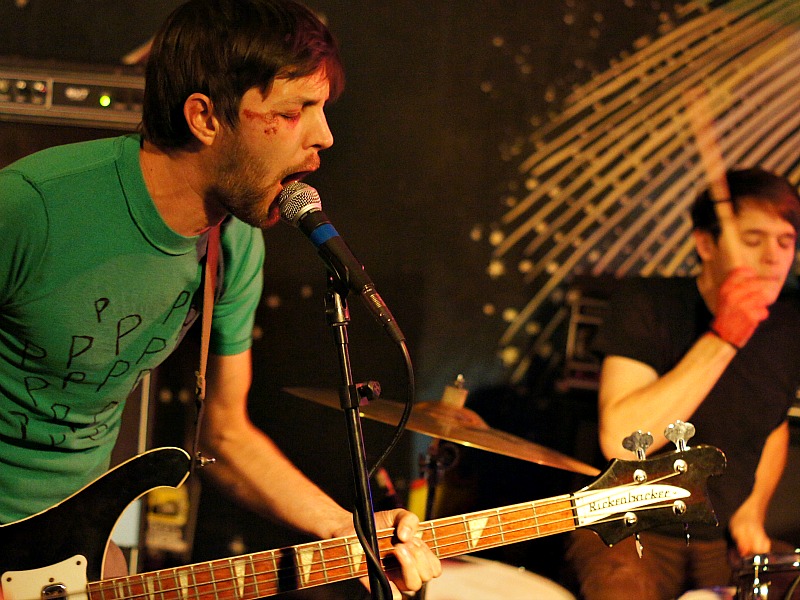 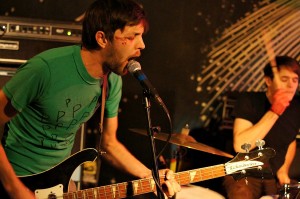 Everybody’s favorite hardcore sibling rockers are taking a short break from the Lawrence scene, and on Saturday they went out with a bang when they played a Halloween-themed set at the Replay.

If you’ve ever seen a JabberJosh set, you’ll understand why it makes perfect sense that bassist Sam Gunnerson is headed to New York City to study comedy for a while. Their sets are equal parts hilarious jokes (and song titles) and riveting hard rock massacres.

Drummer Will sported a red hand for his costume (he was dressed as Metallica’s St. Anger fist), while Sam’s costume was more of a spur-of-the-moment affair. The night before, he was attacked in the street and sported a black eye as a result. So Sam, ever the comedian, made the best of his misfortune and donned a shirt with several black “P’s” written on it. Black Eyed Peas, get it?!

Sam spent the rest of the show prepping for hecklers when audiences randomly and drunkenly yelled at him (this is one area where he excels with witty comebacks), and even the Devil came onstage during their System of a Down cover.

But the most memorable moment of the night came when local musician and familiar Replay personality Brad Shanks came onstage dressed as Hulk Hogan to sing the final song of the night with the brothers Gunnerson. Shanks never broke character, and it was a fine sendoff for a band that appreciates comedy just as much as loud and obnoxious rock.

Next post Photo Gallery: Starfucker / Onuinu at the Granada