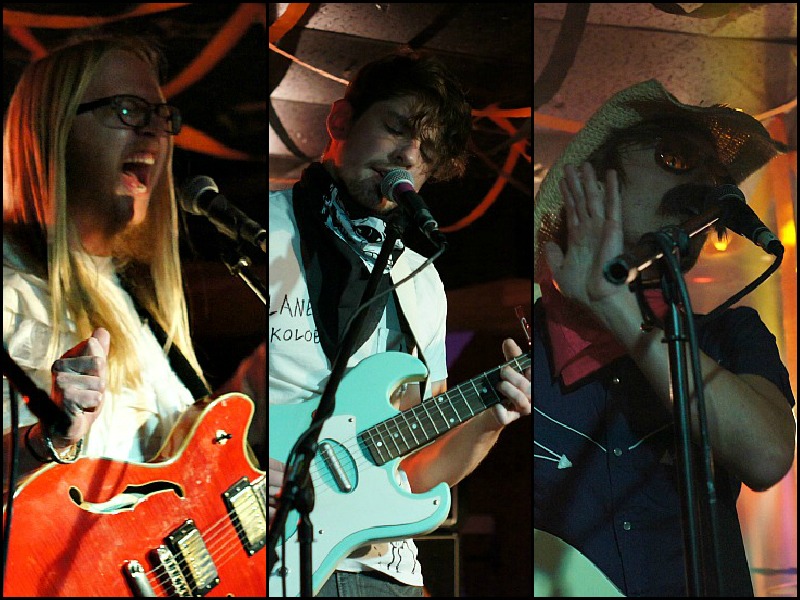 The Jackpot played host to a colorful commotion on Saturday night when four area bands played electrifying sets for an equally excited crowd. Most of the musicians played and sang flawlessly with full makeup, masks, and fake moustaches strewn across their faces. The downtown fervor that comes every Halloween weekend spilled into the venue, and churned out a high-intensity dance party well into the night.

We Are Voices delighted crowds with a rock sound we’re not used to hearing too often anymore. The Kansas City-based band was equal parts sensitive and fierce, captivating audiences with their buildups and guitar arrangements. We’re biting our nails and eagerly counting the days until they return to Lawrence.

Something has taken ahold of Heartscape Landbreak in the last year, and we couldn’t be more pleasantly surprised/thrilled. This is not the same band that we saw a year ago. They’re more intense and wrought with passionate agitation. You can hear the intensity in every sound that comes out of frontman Taylor Holenbeck, and the emotion is almost too much to bare.

The band took the stage dressed as dead planets (nerds!), but there was hardly anything dead about their performance. Gone is our mild-mannered frontman, and in his place is a man with a message and a fire in his belly. We’re not quite sure what has happened to our dear friend Taylor Holenbeck over the last year, but we love it and are dying for more. 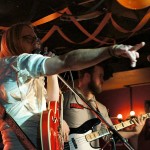 Spirit is the Spirit

Spirit is the Spirit is really just an animated funhouse for Lawrence music lovers. They’re probably also about the most calm and polite group of musicians in the area, but that doesn’t keep them from moving the masses at their shows. With their guitarist’s blonde locks flowing, they kept the crowd in step with a Halloween medley featuring snippits from “Ghostbusters” and “Monster Mash.” 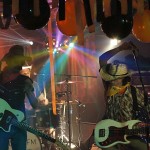 It’s no secret that The Noise FM love holidays. They host an animated Christmas fundraiser in Lawrence each year, and on Saturday they brought a Halloween show to the Jackpot at full blast.

The Lawrence/Chicago-based rockers blasted colorful lights into the audience so that costumed revelers could frantically bust a move to their ultra-dancey and high-powered tunes. They treated us to fantastic covers and loads of new songs. Really, The Noise FM just tend to make perfect pop music.

The Replay sends off JabberJosh in style