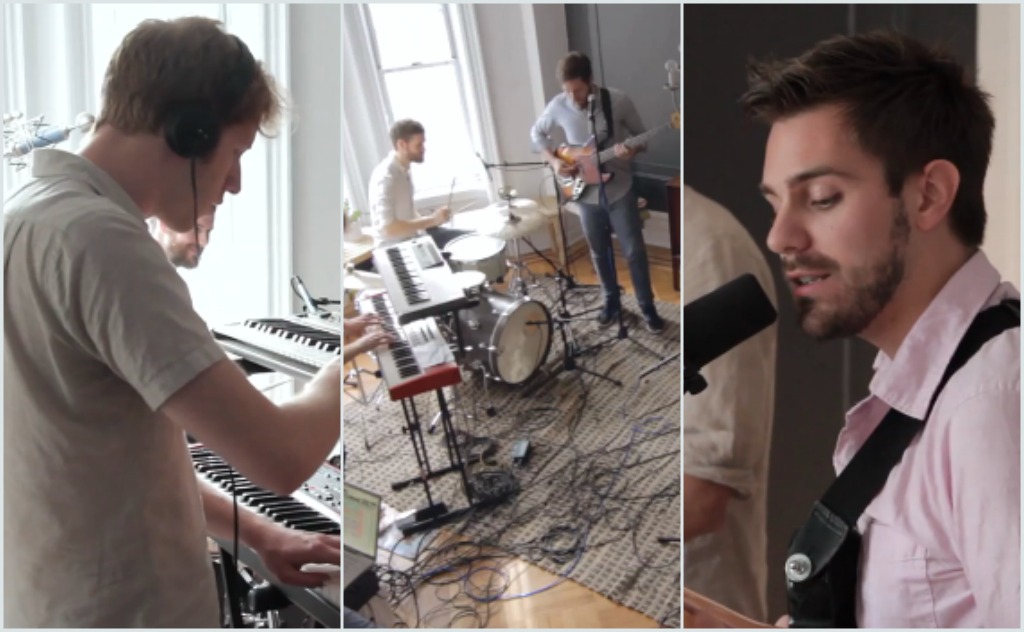 Facebook0Tweet0LinkedIn0Pin0
Capybara has just released a new music video for the first single off of their latest album, Dave Drusky. We’ve given the album extremely high praise, and are ecstatic over everything the band has coming up.

The music video for Neighbor Crimes was shot live at the For The Love of Brooklyn house in Crown Heights, Brooklyn. They shot it during their trip up to CMJ in October.

The band is getting ready to take their new music on the road and will be performing at SXSW in Austin next month. They’re also one of many local bands set to play Middle of the Map Fest in Kansas City the following month.

Here’s a taste of what we can expect to see from the band this year:

Shows you should see this weekend: February 17-18

Photo Gallery: The ACBs / The Magentlemen at the Replay