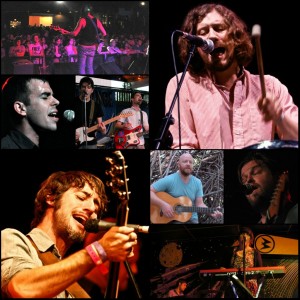 You’re going to need to sit down for this one.

Middle of the Map Fest has announced the lineup for the local music festival’s second year; and before reading this, you should make sure there isn’t a drink in your mouth to spit out.

The festival is set to take place April 5-7. Organizers added more than 30 bands (topping more than 80 bands total), several stages, and extended the music extravaganza by a day (making it a three-day event).

Here’s a look at the lineup (all the clips are from shows we’ve documented):

The Life and Times

Spirit Is The Spirit

The icing on the cake? The price barely went up. Tickets are $35. You’d be an idiot not to go.

In our opinion, festivals serve one purpose: to introduce you to live music while promoting the beauty and economy of your community. Last year, we were introduced to several local AND national acts that immediately converted us to lifelong fans. Middle of the Map expanded our musical horizons by a great deal, provided us with an emotional bonding experience (remember how the crowd fell silent and choked back tears when Daniel Johnston took the stage?), and helped us form strong bonds with our local venues and promoters.

It seems the festival’s organizers (I’m looking at you, Nathan Reusch) have really outdone themselves this year. We know it’s hard to top a unique experience such as the one Daniel Johnston provided us with, but it looks like there will be no shortage of magic moments for this year’s festival. They’ve thought of it all, including new local bands (La Guerre), established local bands (Cowboy Indian Bear, Capybara, Hospital Ships), and reuniting local bands (Reflector, Minus Story).

We’re also getting a hefty dose of the best new bands the nation has to offer (we’re EXTREMELY partial to Broncho and Hooray for Earth). Legendary bands (like Mission of Burma) are sure to leave us with jaw-dropping performances. We’re also happy to see bands who won our hearts last year return to the festival (A Lull, Casket Lottery).

We are unbelievably lucky to have an event like Middle of the Map. This beats the hell out of every festival across the nation. Why? Because it strengthens our community by putting local bands and venues in the same spotlight as some true legends. For that, we should be grateful.

Now hold onto your butts. It’s going to be a wild ride come that first weekend in April.

See you at the festival!