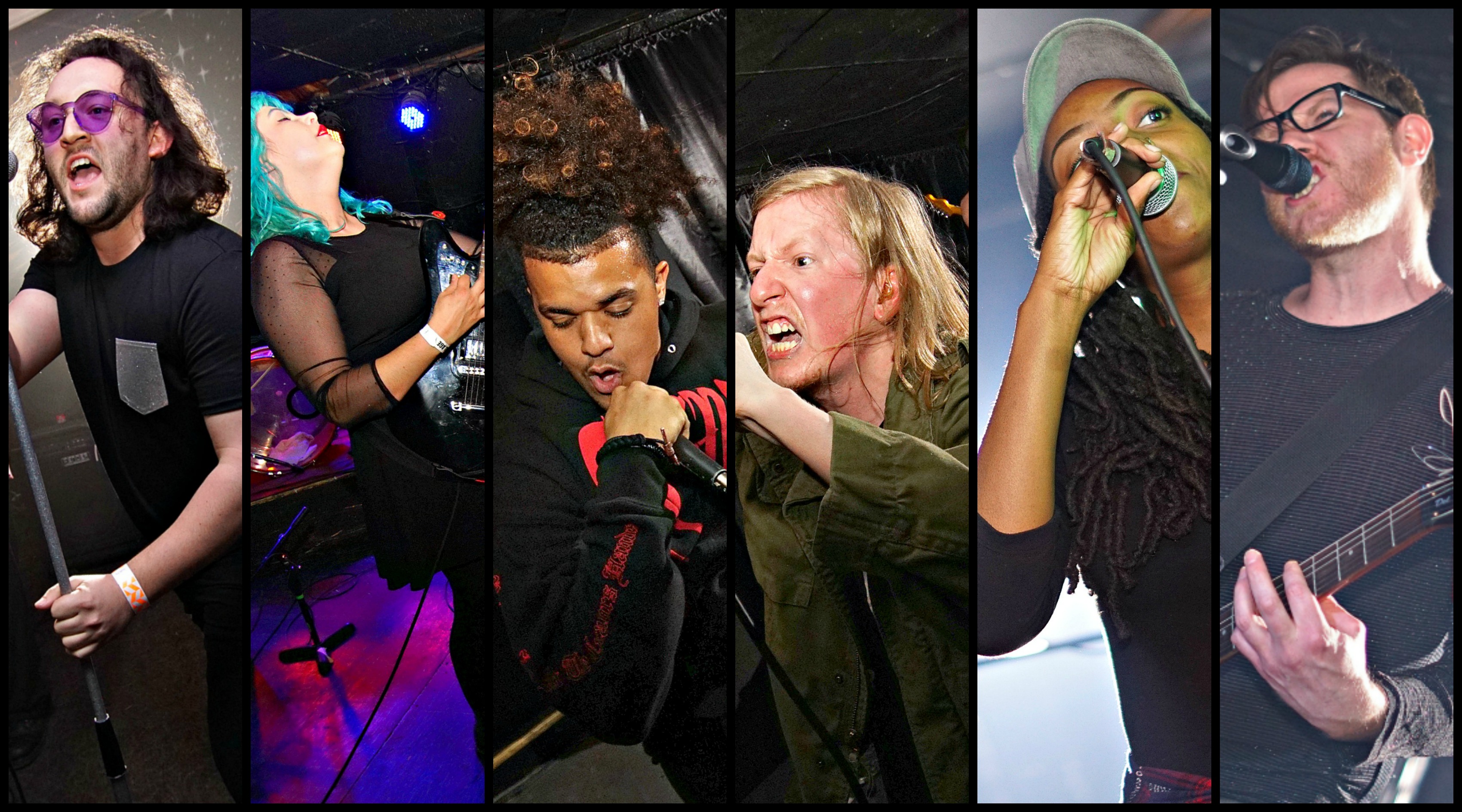 I Heart Local Music is back with another flashy showcase at Lawrence Field Day Fest 7!!

The three-day music festival is booking more than 100 local acts at several venues across Lawrence. That means, come July, there will be a weekend where you can wander from block to block and catch one wild party after another.

This year, we’re hosting our showcase at the impressively improving new Jackpot Music Hall, located at 943 Massachusetts, on Friday, July 20. I Heart Local Music will continue to showcase some of the best new acts we’ve seen over the last year paired up with Lawrence favorites.

Though they haven’t been around too long, YOUNG MVCHETES are slowly becoming a household name in the local music scene.

The rap duo from Topeka are hands down the most exciting thing in hip-hop so far in 2018. Every single thing they do and say onstage (and off the stage) feels so calculated and thought out, and it prompts every listener and spectator at their shows to face a reality head-on. They tackle controversial, violent issues in a confrontational manner. But the duo’s personalities couldn’t be more different. One always remains onstage, calm. The other is a loose cannon, completely unpredictable and flying off the handle. If you are at their shows, you can’t help but remain fixated on their set. It’s like taking all the passion of Ebony Tusks and combining it with the anger of Bummer, resulting in absolute fury and emotion.

The Sluts, one of Lawrence’s surliest bands, have remained at the top of their game consistently over the last few years. If there’s one band that continues to expertly satisfy the scene’s lust for 90’s rock and grunge ballads, it’s The Sluts. Their lyrics range from crotchety to full-on-rage, but their shows are always over-the-top fun thanks to their outrageous fans who take things to a physical level with plenty of wrestling around.

They’ve steadily been debuting a stream of new songs at their shows, and will likely treat fans to some at Field Day Fest, so a new album is likely on the horizon.

In recent months, there’s been a surge of electronic music returning into the Lawrence scene. At the helm of this ship is Serene Fiend.

Formerly a rockabilly guitar maestro, Joel Bonner switched gears and went after his long-coveted industrial sound. What resulted was practice and perfection, and an evolving state of glitz in glamour with every one of his shows. It’s unsurprising that his buzzing and provocative guitar style carries over to this project, though he’s piled it on with a lot more synths and electronic beats. Come for the explosive hooks, stay for those NIN-esque growls.

Bruiser Queen is a garage rock, guitar shredding favorite in Lawrence despite hailing all the way from St. Louis. Morgan Nusbaum fronts this duo, and drives audiences mad every time she props her leg up on Jason Potter’s drums and shreds away. They’re a lesson in how to write catchy tunes with lovable hooks.

To give you an idea of how hard this band can roll… About a month ago, Nusbaum was hit by a car while crossing the street, landing her in the hospital for a couple of days with injuries. A couple of days later, she hit the stage and kept playing her shows. You can see the bionic woman in action on Friday, July 20.

In Hollywood, there are best friends, and there are leading ladies. Khrystal. can do both.

The Kansas City R&B artist has all the confidence of a leading lady, and all the allure that makes anyone yearn to be her best friend. This is a woman so bright-eyed and full of personality, and works a crowd in no time at all and speaking directly to “carefree black girls.” She’s the commander of our hearts and the mistress of fun the scene needs right now. We’ve had her song “Black Girl Magic” on repeat for several months.

The I Heart Local Music showcase at Field Day Fest kicks off the evening of Friday, July 20th, at Jackpot Music Hall.