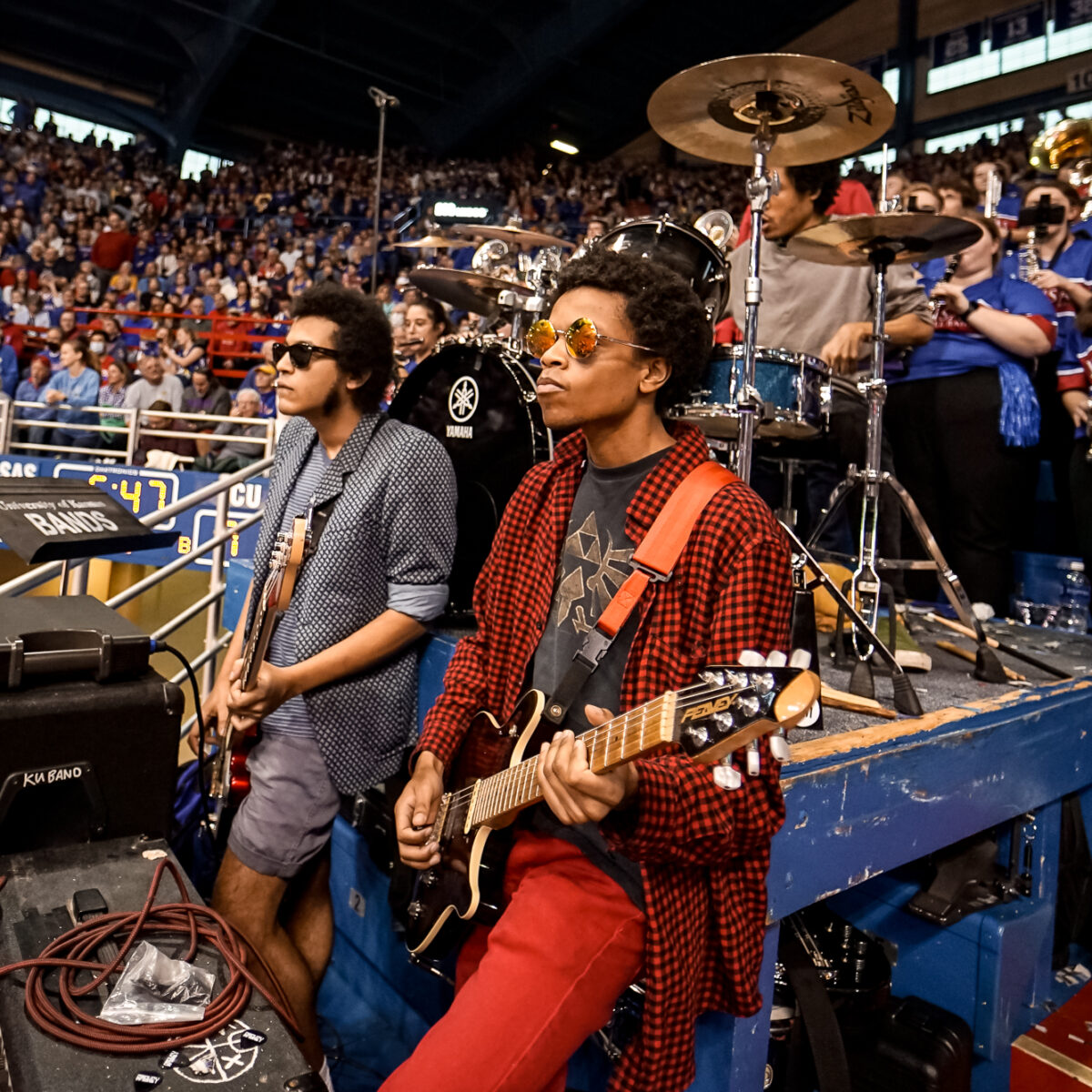 Full disclosure of conflict of interest: Editor Fally Afani is an employee of the KU School of Music and therefore connected with the KU Men’s Basketball pep band.

The pep band is no stranger to having rockers make guest appearances for tunes. In the past, they’ve had Red Hot Chili Peppers’ Chad Smith, as well as as Tool’s Danny Carey, pop in for one of the band’s signature covers.

Because Radkey happened to be in town for a stop at the Bottleneck, they headed down to the Fieldhouse and joined in on “Seven Nation Army” late in the second half of the game. You can watch below, then head to the Bottleneck to see them perform live.