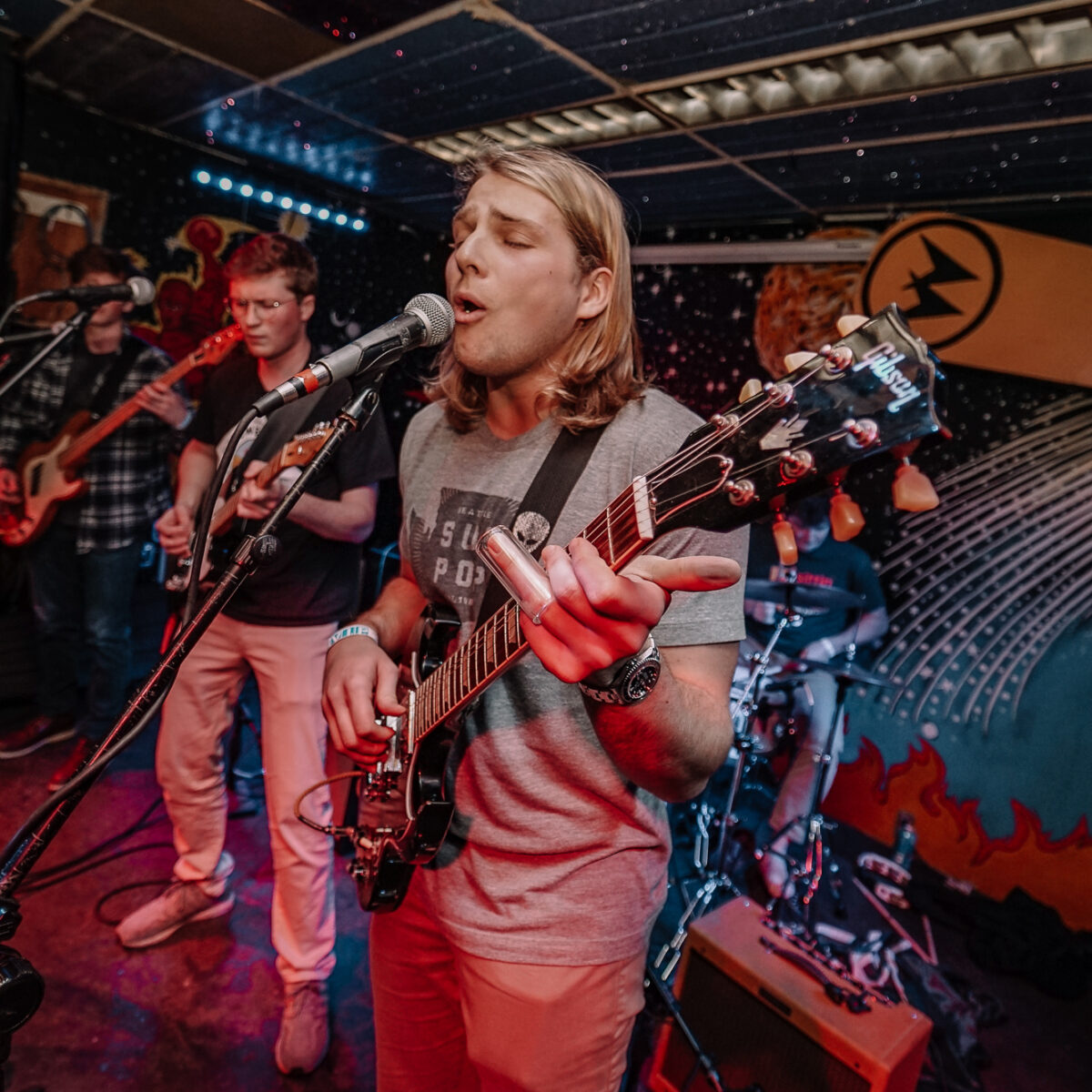 When you think of college bands, it’s hard not to picture a young and scruffy group of rockers fully diving into garage rock or indie. But the Lawrence scene seems to always throw a curveball. At the Replay’s Back to School Bash matinee on Thursday, every band on the lineup followed their own path. Orlo is heavy on the blues with vocals to match, The Whips (the college scene’s biggest party captains) love funk, and The Bigs were big on 80’s covers. But garage? Punk? Indie? Nowhere to be found. It was like watching the early versions of Band That Saved The World (a stronghold in Lawrence).

Don’t go scoffing now, half of Lawrence’s venues are full of funk and cover bands that pack the place on any given weekend (and those bands tend to have more longevity here anyway). Bands like The Whips are bringing in pretty decent crowds as well. We’ll chalk it up to the night’s bands being full of well-trained musicians who fell in love with jazz band at an early age.