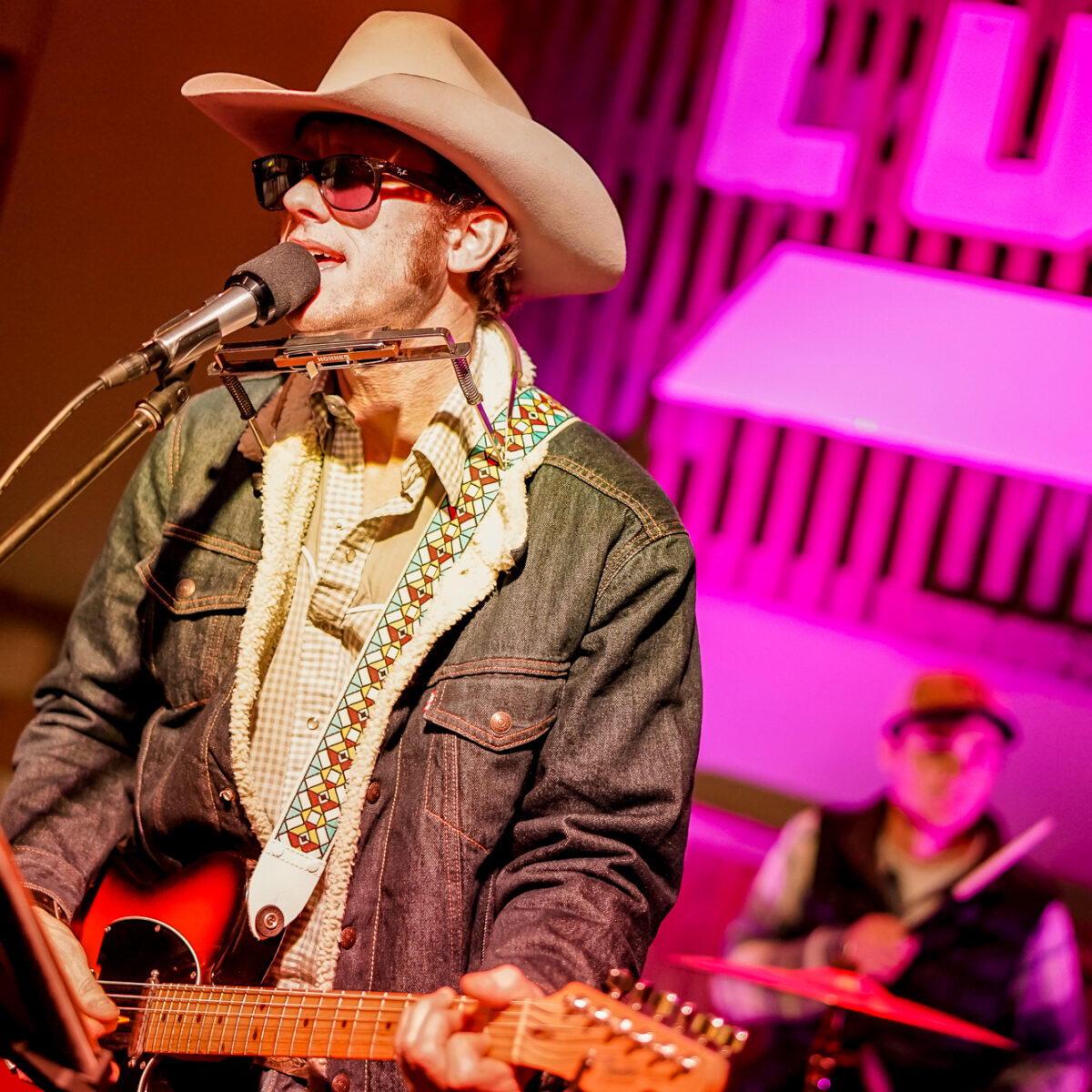 There’s no such thing as a lazy Sunday in Lawrence. We’ve seen more afternoon shows popping up, and the community is taking notice. Kaw Valley Public House’s Sunday Irish Jams are picking up speed every week, even in the deadest time of year (January).

Across the bridge, Lucia has been consistently hosting the Sunday Roundup for bluegrass and hokey tonk lovers. You gotta get there early if you want a seat, because it tends to fill up. Every Sunday afternoon around 3:00 p.m., bands take to the stage while the crowd gets to order food, dance, or just hang out. Martin Farrell, Jr., has a few different musical endeavors, and on this day he stepped out of his paternity leave and performed with the Blue Station Drifters (kudos to whoever stuck Huggies in the tip jar for the new dad).

Of course, the Replay is continuing to hold their Sunday matinees at 6:00 p.m. But previously, this was primarily dedicated to the warmer months and came to a halt in the winter. The Sunday matinee is generally an avenue for bluegrass and folk, but they’ve been known to sneak in indie rock, dream pop, and even a little hip-hop from time-to-time.

We’ve always said there’s no better time to get to know your local music scene than in the slower months, like January and February. If you’re feeling a little funky or down in the mouth, we’d highly suggest warding off the Sunday scaries with one of the many late-afternoon shows popping up in the live music landscape.