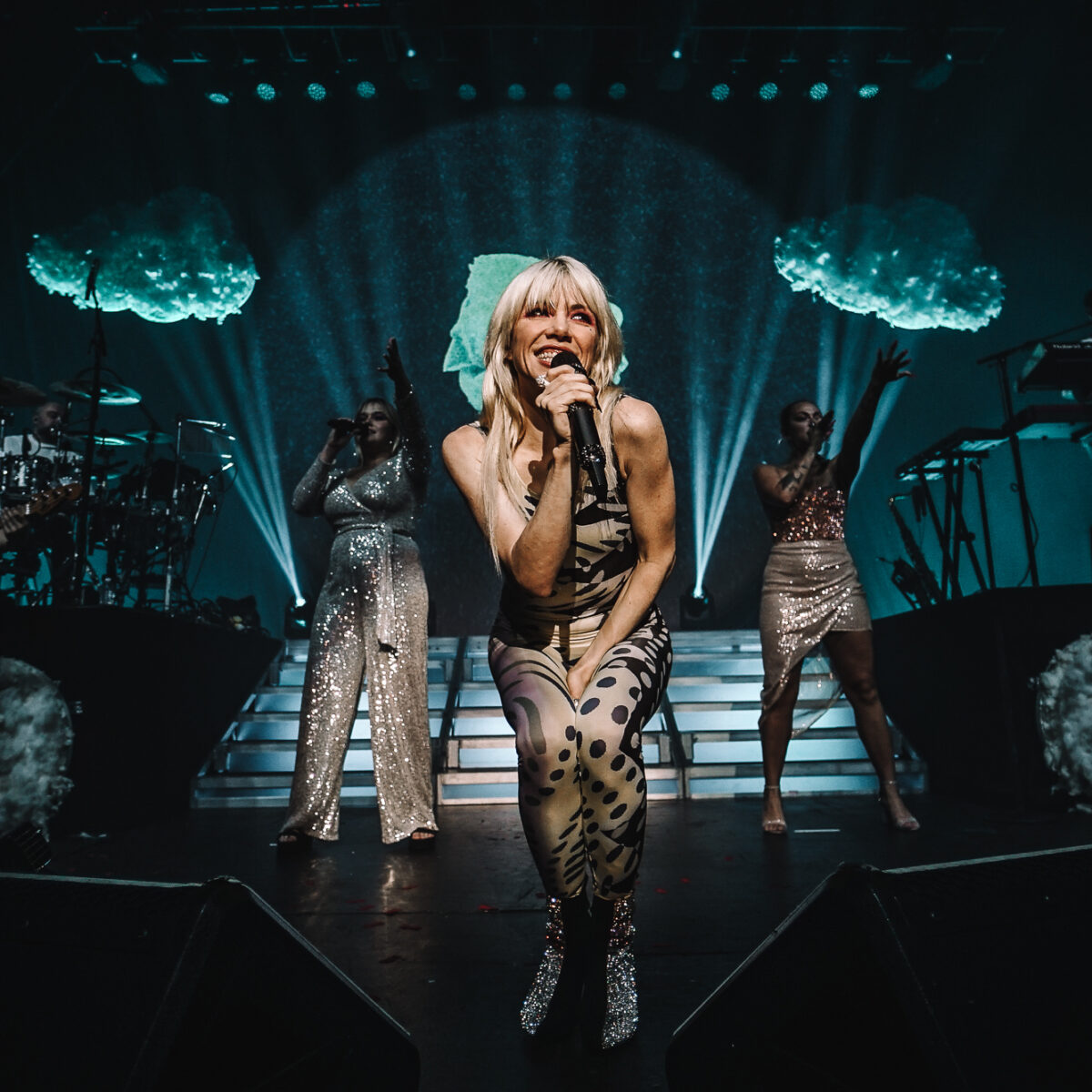 On Friday night, fans braved what was likely the wettest November on record for Kansas City when they fought a monsoon to go see Carly Rae Jepsen at the Uptown Theater (more like Carly Rain Jepsen, amirite? I’ll see myself out). They were rewarded with one of the most delightful, loving, and positive show experiences of the year– the kind that has you leaving the venue with a little pep in your step, maybe even floating a little.

Carly Rae Jepsen is no stranger to making her fans feel good. She brought all the good vibes from the moment she set foot on that stage. With puffy clouds framing the set (and an intro from a smiley moon), she descended from the sky like the heavenly creature that she is, surrounded by a chorus of angel-like musicians clad in white. It was all smiles as the pop star came touting tracks off her latest release, The Loneliest Time. But her hefty setlist, which included several songs in the encore, included several throwbacks to her six-album discography.

The show started with a scene as bubbly and peppy as her personality, with confetti cannons exploding in color at the beginning and end of her set (so, so much confetti). Carly Rae Jepsen is known for getting up close with her fans. She was holding their hands, descending into the crowd, singing face-to-face, and making connections in any way possible.

There may as well not even have been a stage barricade, because she tore through all barriers to let her nearly sold-out show know she was accessible to each and every one of them. The Kylie Minogue of her generation, Jepsen can deliver dance hits and crooning ballads. Her unapologetically feminine demeanor attracts a diverse crowd of the confident and the shy– but something about the way she connects with her fans makes them feel like a star, like the guest of honor. Jepsen is just so likable. It’s also worth noting that the last time we covered Jepsen, we’d venture to say that about 85% of her audience was little girls. This time, it was aaaaaalll the gays (trust us, all our gay friends were there).

She was joined by Empress Of, moniker for Honduran-American artist Lorely Rodriguez. The reason you should pay attention to Empress Of is because she did the impossible. She went on a large stage completely alone, except for a fun and enthusiastic DJ, framed only by a trio of mirrors. Normally, a solo performer would be in danger of being swallowed by the large stage. Not Empress Of. She used every square inch of that space to her advantage, playing (and dancing) to all angles. Her energy was absolutely entrancing, and you better believe she had the audience eating out of the palm of her hand from the very first song. We wouldn’t be surprised if we see her pop up as a hot new musical guest on SNL someday. Her stage presence is commanding, but more than anything, it’s fun, almost as though she’s inviting you to dance right up there with her.