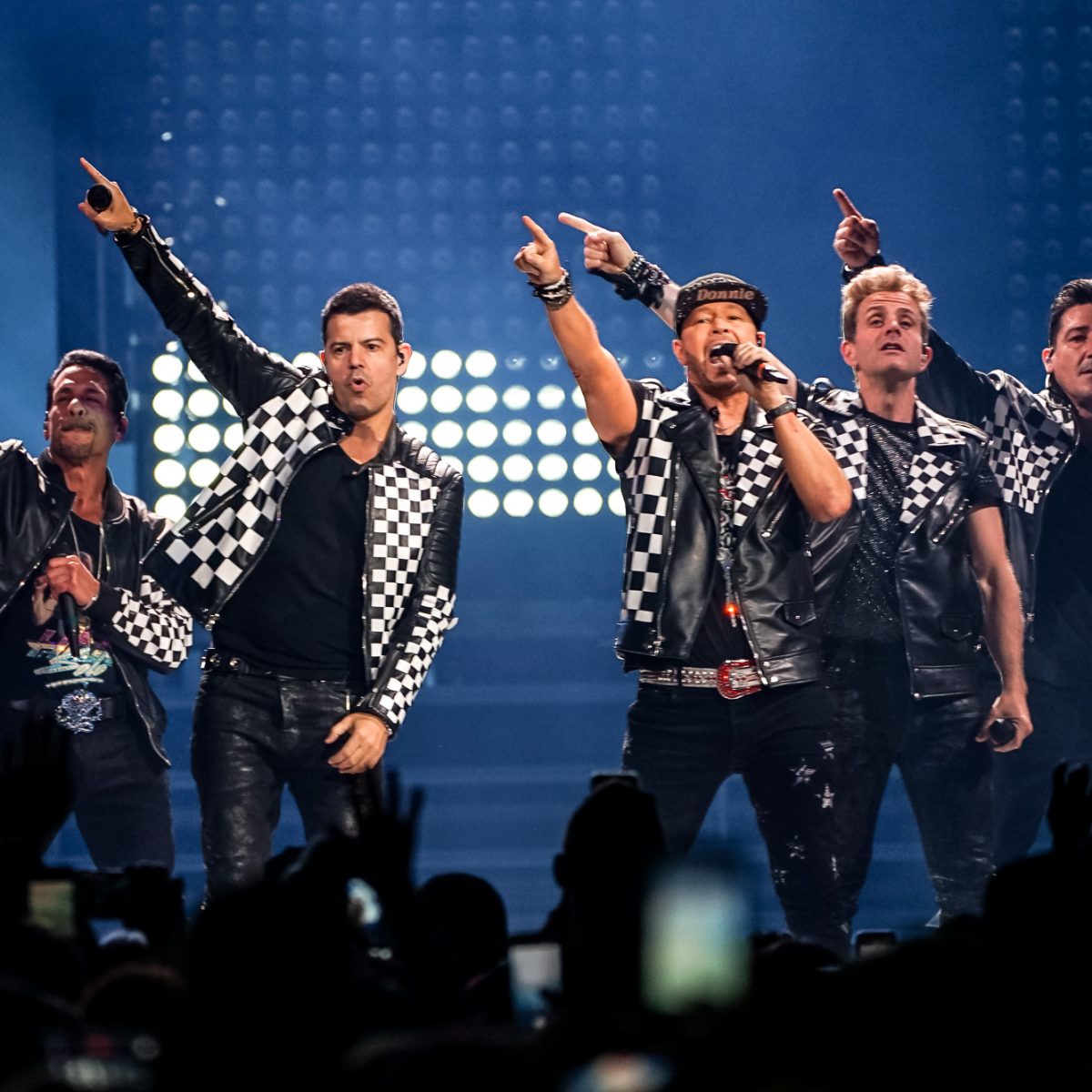 Friends, we spent Saturday night photographing one of the loudest metal shows we’ve ever seen and heard. But it paled in comparison, noise-wise, to what went down at T-Mobile Center Sunday night. Don’t get us wrong, we had our ear protection in and everything. But that protection didn’t cut it when New Kids on the Block fired up their set. The sound of a zillion screaming women reliving their days from the 90’s (arguably the best decade) was absolutely no match for our fancy little ear plugs.

This was a pretty motley crew on the lineup, but that was the point. Dubbed the Mixtape Tour, this was an event to bring together musicians from various backgrounds all in one setting. We had the heartthrob boy band (New Kids on the Block), the soulful singers (En Vogue), the English new-wave gentleman (Rick Astley), and raunchy hip-hop duo Salt-N-Pepa.

Everything about this show was different, even the physical setup. Generally when you go to a show, you get the opener, then a break, another opener, then a break, then the headliner. But the mixtape tour started at 8:00 p.m. and ran until 10:00-ish, sporting two stages (a main stage and a smaller stage). The show began with New Kids on the Block on the main stage with about three or four songs, then they headed to the smaller stage for a song. Then, En Vogue played two songs on the main stage. Rick Astley did two songs on the smaller stage. Salt-N-Pepa did a handful of songs on the main stage…. and so on and so on. It was a lot of back and forth, dotted with flashy lights, pyro, and confetti cannons. There was zero downtime, and if you took so much as a bathroom break, you’d miss one of your favorite songs.

It’s impressive that they squeezed so much into such a short amount of time. It’s also impressive that the vocalists held their own onstage (there were no physical instruments or backup musicians, as they sang to a track). New Kids on the Block, now full-fledged adults, still hit the high notes from their teen years. Rick Astley was unbelievably elegant (and what a voice!), En Vogue are still the cool girls we all adored in high school, and Salt-N-Pepa are definitely your hilarious, fun, and raunchy aunties there to get everyone worked up and have a good time. In fact, Salt-N-Pepa were the only vocalists on the lineup that legitimately smiled (and made faces at each other) during the entirety of their sets.