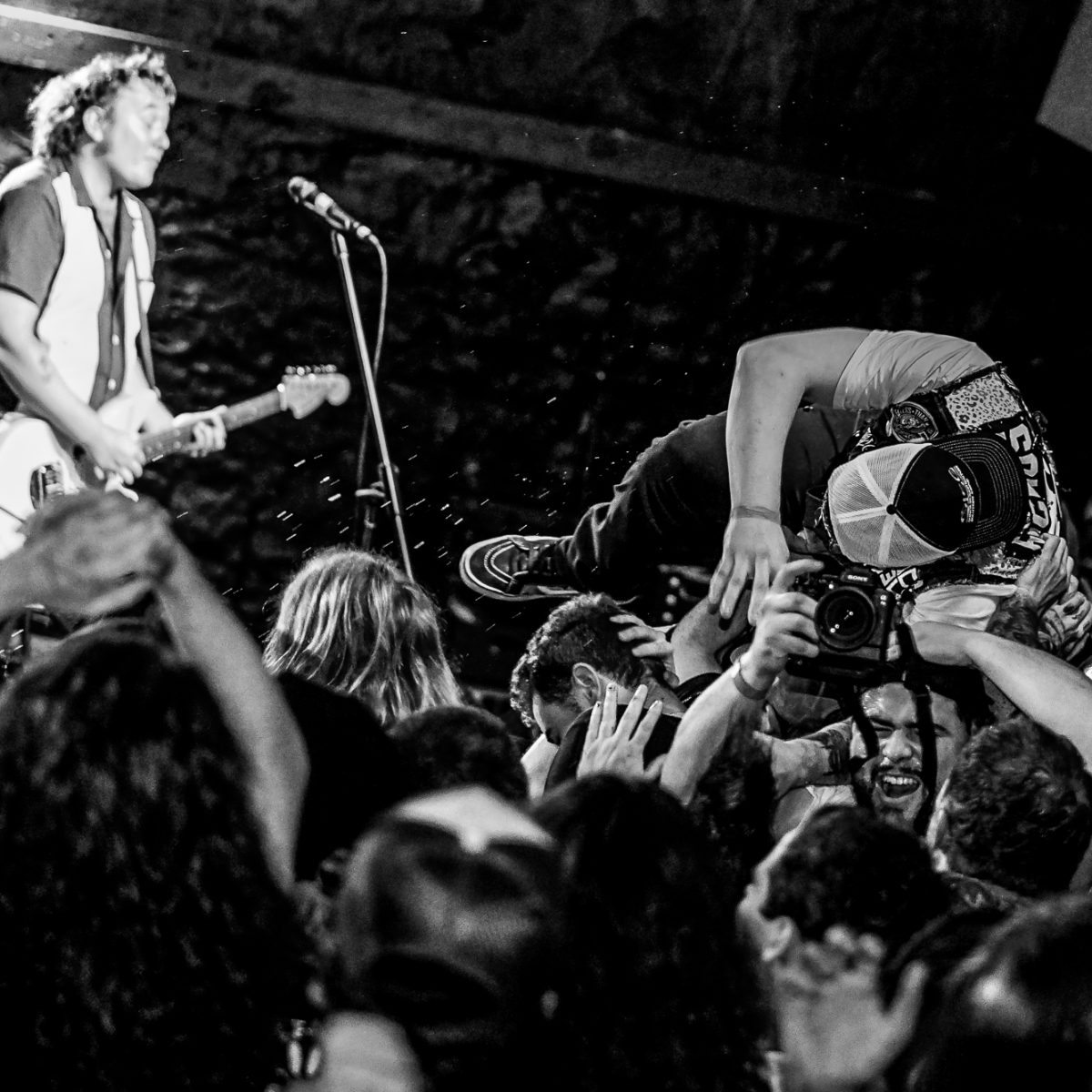 One of the great things about punk rock is that it’s a sort of timeless genre. Kids just getting into punk will love the 40 year-old acts just as much as the newer ones. So it’s no surprise that there was such a broad age range among fans at Tuesday night’s raucous show. This is no small feat, as it’s often hard to get younger kids out to shows post-COVID, and many of the students had just left town after the University’s graduation on Sunday. But this was an extraordinary occasion, being The Chats’ first time in Lawrence (and in general, as a rule, if an international band makes it all the way to your town you should try your best to see them).

The Queensland-based trio have built themselves a reputation of making music for absolute maniacs. In fact, when that first note hit, someone was already stage-diving. From there, the kids threw down hard in the pit while simultaneously holding each other up in the air. The Chats stopped to throw some attitude-filled banter between songs. “This is an old one. It’s so old, it was our first song,” they’d announce to the happy cheers from fans. The glee was promptly interrupted when they told them “Don’t get excited, it’s fucking terrible.”

The crowd was rowdy from the start, showing mad support and floor action for Mean Jeans (and their wild-eyed frontman) and especially Brooklyn-based THICK. One of the highlights of the evening was when THICK pulled Gymshorts’ Sarah Greenwell up to play with them, amplifying the shredding onstage by about 1,000.