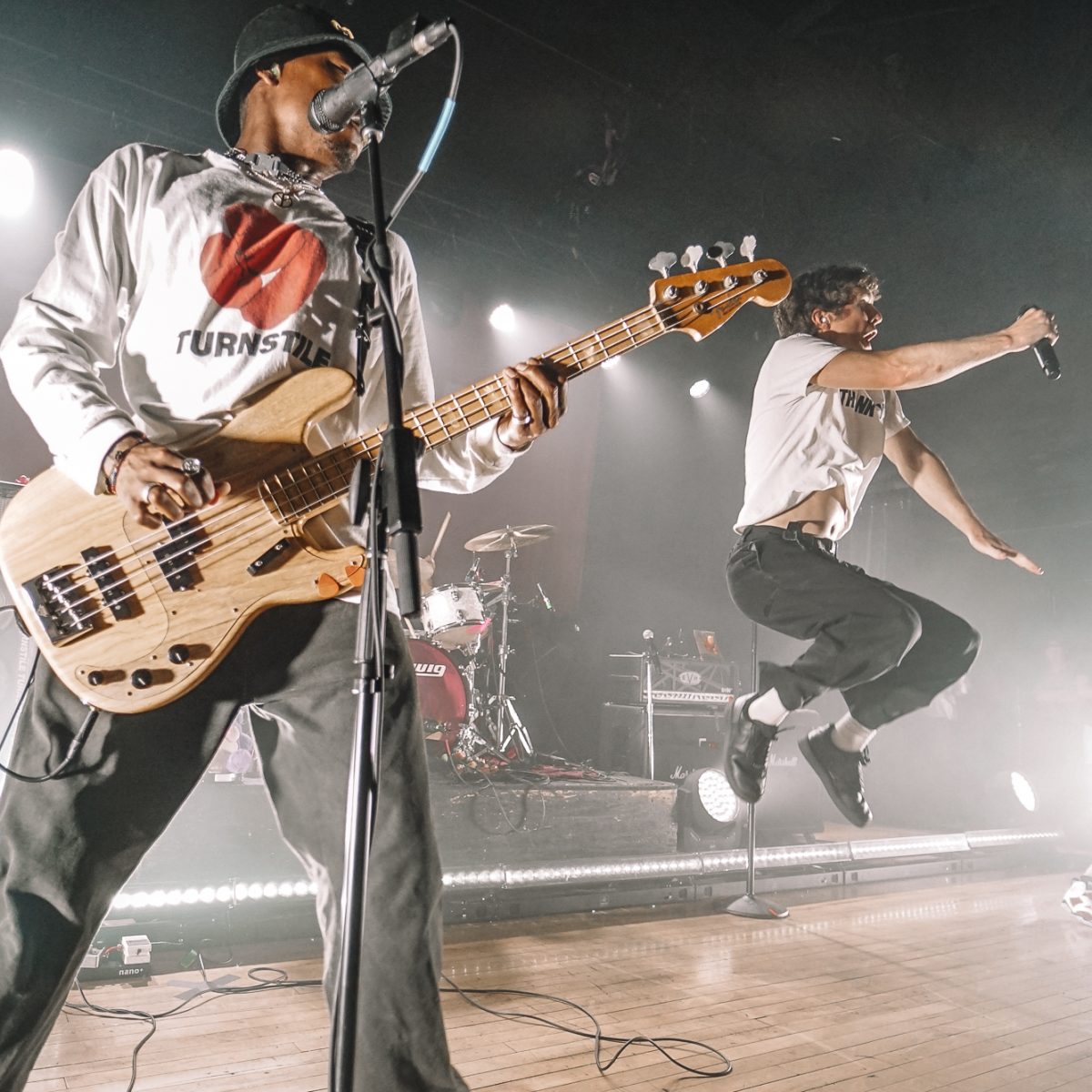 Let’s all raise our glasses and offer up a toast for the staff at the Granada, for they must have the world’s strongest biceps after what happened when Turnstile played the venue on Saturday night.

About a half-dozen staffers remained planted in front of the barrier, catching crowd surfers every 30 seconds throughout the entirety of the hardcore band’s set set. At any point during the show, there were somewhere between five and ten bodies flying across the crowd and over the barrier. From the moment the rockers fired up their first song, the bodies just went flying.

In our professional opinion (and it is our profession), Turnstile is the most important American rock band on tour right now. What they’ve accomplished in their short time as a band is exceptional. They’re in the midst of a massive tour, playing just about every single day through the end of August (not to mention the dozens of shows they played prior to tonight). Think about that. This is a band that plays songs hard and fast, and they’re bringing that energy every single night. The stamina behind these fellas is simply outstanding.

They exploded into the night with their latest single, “Mystery,” and the throbbing momentum remained frenzied until the very end. Even during slower songs from Glow On, such as “Alien Love Call” or “Underwater Boi,” fans were still throwing down hard in the pit and (you guessed it) crowd surfing as though their lives depended on it. The floor felt less like wooden planks and more like a bounce house because the sold-out show was an uncontrollable storm that ate up everyone in its path. Every song in the setlist felt like it could have been their most popular single.

Along with Truth Cult, Ekulu, and Citizen, we couldn’t help but notice a fantastic (and important detail). In past hardcore shows we’ve covered, the musicians were primarily white men playing to other white dudes. But this lineup of all four bands included people of color, and that diversity was reflected in the crowd as well. We also saw far more women than we do at most hardcore and metal shows.

The night also served as a reminder of all the best parts of seeing live music. As fans gleefully limped away from the show clutching guitar picks they caught, or merch they snatched up, we were reminded that it’s nights like these that kept us going during the pandemic. These were the shows that gave us hope for coming out of the other side of COVID, and Turnstile put on such an electrifying set, you could just feel that things were going to get bigger for them. This was likely the last time were were going to see them like this, all packed in together as one giant fan base in a beloved local venue, and it felt good to collectively experience that in such a music-rich community.