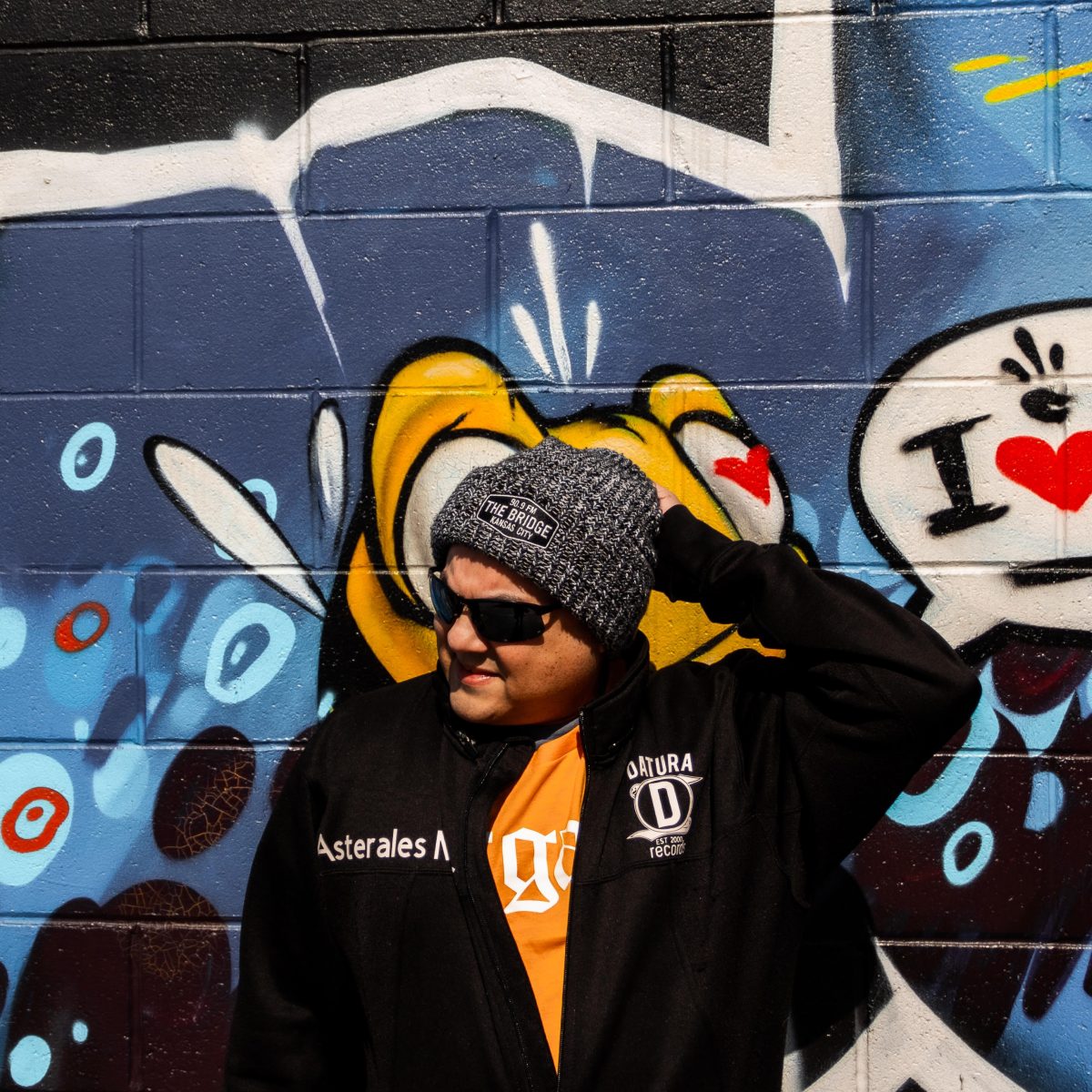 You may not recognize him at first, but you’ve definitely seen him. Nate Holt is the man on the keys, and he’s usually onstage behind Approach, Maria the Mexican, and a variety of acts hitting the local music scene.

Now, as Asterales, he’s stepping out into the spotlight to release his own album, Futurespective. The result is a beautiful (and lengthy) album lush with electronic sounds, sounding half Breakfast-for-Beatlovers and half-Steven-Universe. And, in a very Daft Punk move, it’s also stuffed to the gills with guest appearances (Approach, Royce Diamond, Heidi Gluck, and Kirsten Paludan to name a few). Futurespective shows what can happen when you have half the scene behind you, as several musicians made sure his vision came to fruition. We sat down and caught up with Holt on the heels of his release.

IHLM: You’ve mostly stayed in the background with musical acts like Approach and Maria the Mexican. Why the decision to go out and create something new?

Asterales: It’s always been a dream to have a musical identity of my own, not in egotistical way I don’t think, just wanting to be the primary creative driver of something that gets noticed and appreciated as coming from me. Is that egotistical… I guess maybe, in a way? Do I need to be liked? Absolutely not. I like to be liked. I enjoy being liked. I have to be liked. But it’s not like this compulsive need to be liked, like my need to be praised.

Even without the dopamine boosts of seeing increasing streams or followers on social media, I would continue doing it because the need to go through that process of creating doesn’t go away. Sometimes it’s a refuge from *gestures around wildy*, other times it’s the joy of making something you personally love listening to simply because you made it. That’s satisfying in and of itself, and I’d imagine others with the needs to create and for self expression would agree. I also believe there’s some innate desire in a lot of creatives to share what they put their heart and soul into, even with all of the vulnerability that comes with it. Honestly, making and playing music in any form – on my own, and especially with the people and bands I’m involved with now – is irreplaceable therapy.

IHLM: How long did you work on this album?

Asterales: Short answer? January 2021 to March 2022. The long answer is: there weren’t any thoughts or plans to release these songs as an album until the idea came up in a conversation I was having with Royce [Diamond] when we were working on “Right Here, This Moment”, the single for December of last year. At the beginning of 2021, I set the goal to release at least one track a month as a way to get older music, sitting in folders in various states of completion on my computer, finished and out into the world. After we had that discussion, it began to make sense to release these singles as an album from an artistic perspective, even if it wasn’t a true “cohesive” album; ultimately, the record is a mixture of older (2016-2020) and newer material, and a decent representation of music I am sitting on.

From there, I started thinking of remixes and alt-mixes that would be interesting to add on so it wasn’t just a repackaging of already released material, took the idea to Sean [Hunt] who, along with John-Alan (Milkdrop), threw their support behind it as a Datura Records release. It’s a real advantage to have a team behind you and I’ve learned so much through that process; I’m truly grateful for the belief they’re showing in me, my music, and creative vision.

IHLM: There’s a lot of collaboration on this album. Why the decision to pull so many other artists in?

Asterales: I know my limitations as a lyricist/singer-songwriter, even though I try to work and get better in those aspects. But honestly, the quicker and more fun way to elevate what I like and know could be better is to bring people in who 1) believe in what I am creating, and 2) enjoy the collaboration process of making and releasing music with other people.

Adding lyrics and vocals to the instrumentals I’d written was a deliberate decision in an effort to bring deeper meaning and connection to the instrumentals I make. Although I don’t write music specifically carving out space for vocals, more often than not I hear melodies and places where vocals could sit, and then songs tend to feel incomplete without them… even though it’s only me… hearing them in my head. What someone ends up recording may not be exactly what I originally hear in my head, and sometimes something I would never expect, but I’ve never been disappointed in how another person hears, interprets, or expresses themselves in my music. It’s always a feeling of being thankful for their contributions, and the music always gets better with additional input.

IHLM: What are your plans as Asterales for the future?

Asterales: Although I have a few other releases [2 EP’s: “Work Hours” (2015), “Fragments EP” (2017), 1 album: “Outside the Box” (2017], and a collaboration with Nightmode* (Howie Howard) called “Orbital Debris Vol. 1” (2020); this feels to me like my actual debut record, one where I have a real creative vision and goal for my music. The concepts for some of the others felt contrived, like I was trying too hard to justify releasing them. That’s not to say I stand behind them any less, but I was trying too hard to be “artistic”, rather than releasing music for the music’s sake.

With “Futurespective”, the concept was essentially there from day one: releasing a song each month for a year. As I worked on the songs throughout the year, I became familiar with my creative space, created and reinforced the collaborative nature of making music with other like-minded people, developed basic and intermediate mixing skills, and became familiar with the back end of the distribution process, among other things. I feel now that I could take my music in a few different directions and they would all make sense, given what’s on the record, sonically.

Asterales: “The creative arts are subjective, and they reach people at a point in their lives when they need it most. It’s like a song or an album is made and it almost has a radar to find the person when they need it the most.” – Jon Batiste

That’s part of the full quote I’ve seen circulating a lot since the Grammys, and it’s true. It can take a lot of work to find the audience for your music, if just putting it out doesn’t seem like enough. I have to think that, if you enjoy listening to your own music and it brings you happiness or joy or some type of feeling, there will be others that connect to it the same way.

Selfishly, I don’t know what I would do with myself without playing or making music in some way. I mentioned before that it’s a form of therapy – making music on my own, writing, rehearsing, and playing with other people – it’s all part of what makes me who I am. The connection and energy you get from the crowd, when you’re connected with your band and dialed in, there’s nothing like it.

Festivals and rock rule the May music calendar