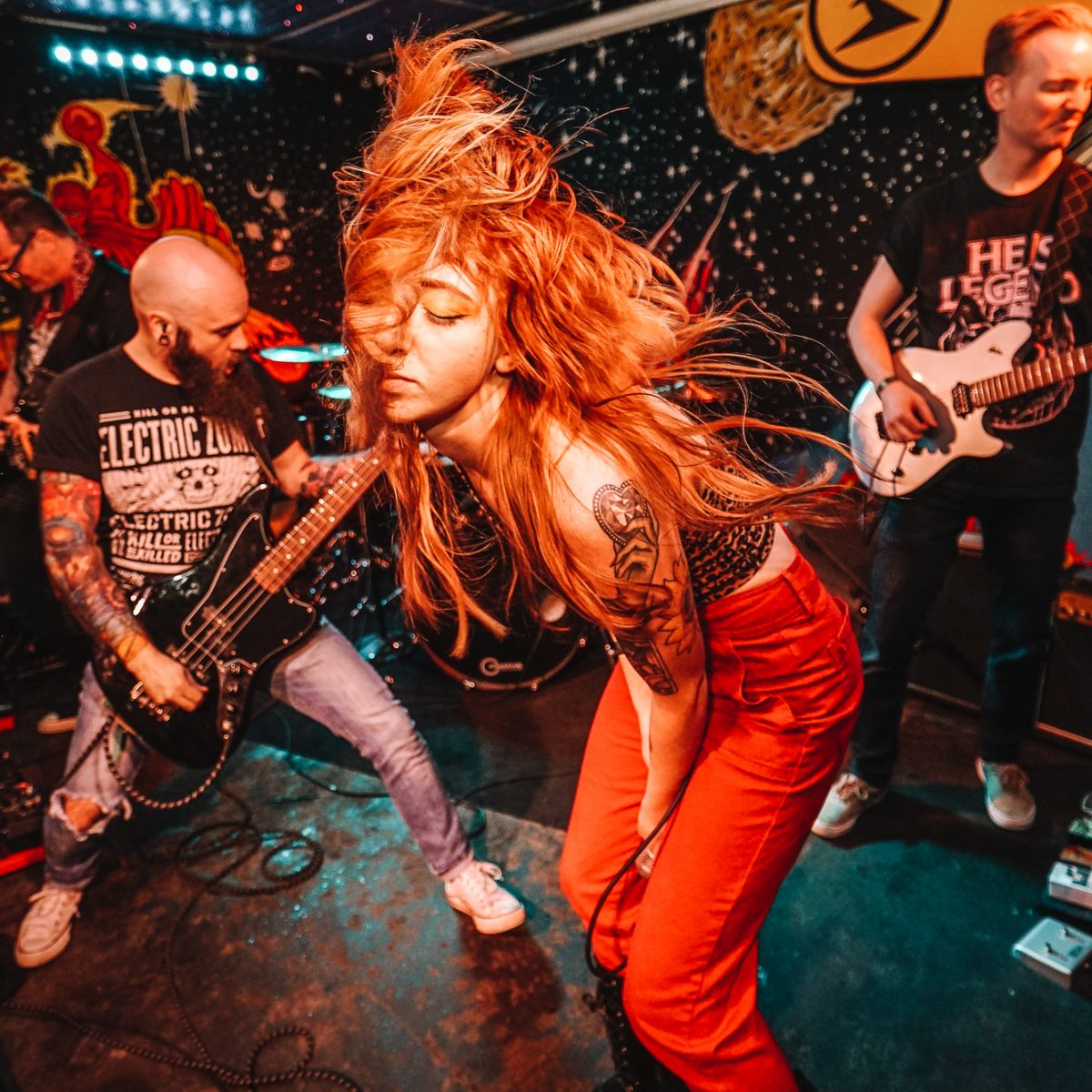 The Replay’s been busier than usual lately, booking stacked lineups full of local and regional acts. They’ve even kept a steady stream of shows going on weekdays (with both early and late sets). But Friday night’s show was one of the more exciting ones.

Lawrence got a little more familiar with two of Kansas City’s finest, as well as a new(ish) Lawrence getup. MellowPhobia, who exude cool thanks to their droning vocals and nostalgia-driven guitar riffs, opened the show. They normally have a drummer in tow, but on this night they held their own just as a two-piece.

Belle & The Vertigo Waves practically stole the show right from the get go. It had been a while since we had seen this band, and you can tell they’ve been putting in the work. What a thrilling set! This is everything you want in a rock band– they had energy! Charisma! And a great rapport with the crowd. This was the type of rock outfit where they made instant fans out of newcomers. They sounded like they belonged smack dab in the middle of the “Scott Pilgrim” soundtrack. The vocalist alone is a wild experience, and the guitarists had the chops to back them up. We can’t recommend them enough. You should run, not walk, to the next Belle & The Vertigo Waves set. Bonus: they’ve got a new album coming out next month.

Lawrence’s latest rock band features musicians who are no strangers to the area. Doth our eyes deceive us? Is that The Sluts? With a bassist?? You’d have to be living under a rock if you haven’t heard of The Sluts and their famous reputation for rowdy rock shows. But sometimes when you’re in an established band, with some very established fans, you get cornered into providing the fans what they want. Local Darling allows frontman Ryan Wise the growth he deserves (and has been dying to experience) as a songwriter. He’s always had a taste for new wave and showcases great versatility with his vocals; and with Local Darling he gets to lean into both. Fans got to experience a more melodic side of the artist, whereas with The Sluts they kind of just want to get murdered with rock and roll. With Chris Maddox on the bass and Kristoffer Dover really reigning it in on percussion, we still gat that kick we like from the rockers… but we also hear something a little more intentional in their songwriting.

Lawrence PRIDE will be a two-day celebration this year