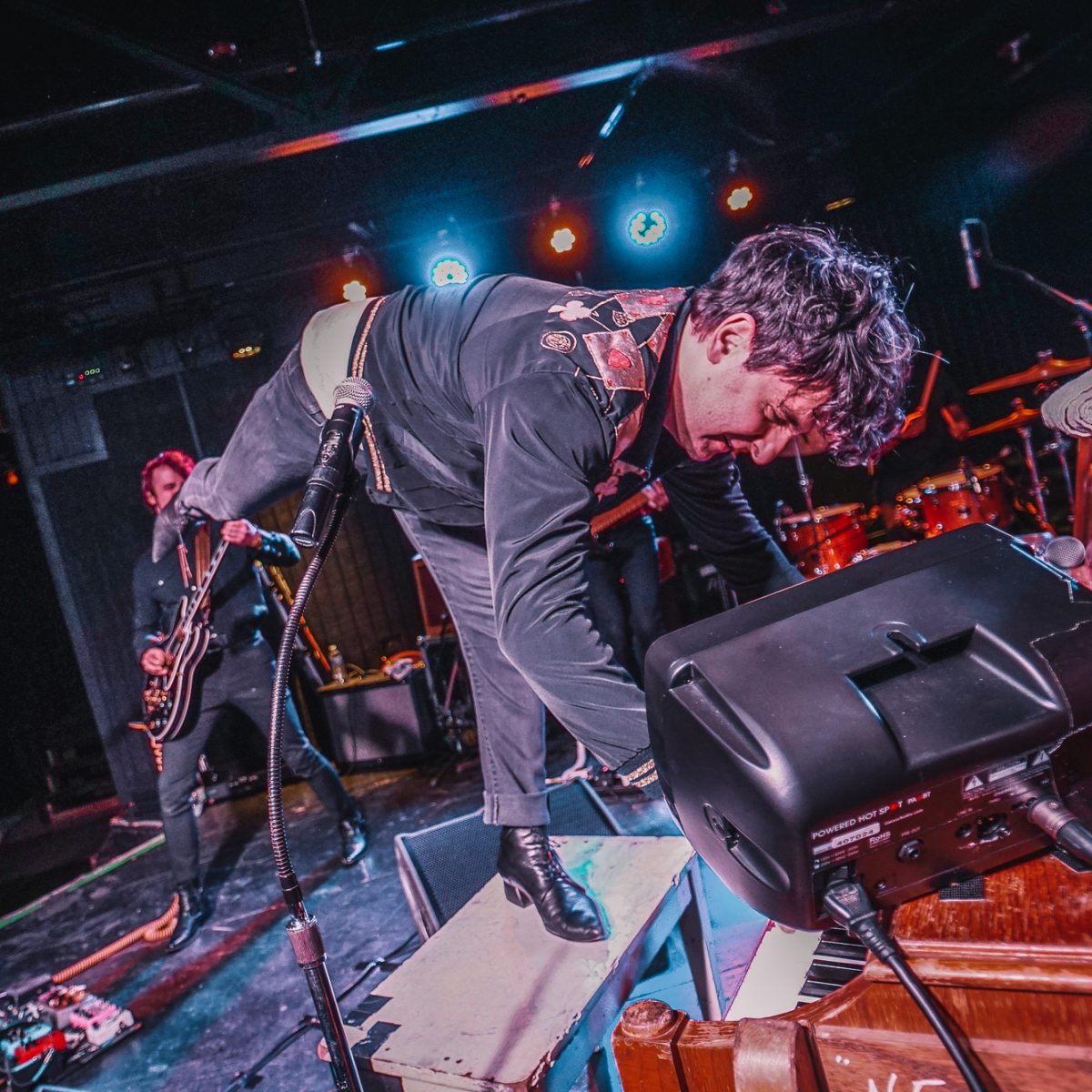 If you’re not a particularly religious person, perhaps the Church of Low Cut Connie is for you.

The wild-eyed and energetic-as-hell man behind the band, Adam Weiner, can command a room like a powerful pastor. On Tuesday night at the Bottleneck, his congregation was an audience willing to brave single-digit temperatures for some of that inspirational rock and roll.

Weiner’s call to actions were thrust into high gear by his no-holding-back stage presence. He spent half the set standing on his piano bench, he leaned into the crowd and pet fans on the head, and he gave us more high kicks than the Rockettes. And the backup vocalists! They were just as entrancing and bursting with confidence and charisma! That magnetic energy, along with a dynamic and powerful backing band, was all the momentum the crowd needed to dance along all night. “Every single person has been through some kind of struggle over the last two years,” he addressed the crowd. “I want you to know I’m proud of you!” he proclaimed before demanding “Gotta keep it rockin’ and rolling, babies!” This was truly an ass-shaking sermon.

Low Cut Connie were joined by Minnesota’s Kiss The Tiger, an equally spry and vigorous rock outfit who apologized for bringing the cold down from Minnesota with them. However, they immediately warmed the crowd up thanks to their lively set where they touted their latest release (their first time taking it on the road). We so hope Kiss The Tiger will come back on their own headlining tour, because they can certainly hold their own as a headlining act.

Kansas City sister act The Black Mariah Theater brought glam and a full rock sound to the Bottleneck stage. It was easy to fall for their too-cool-for-school demeanor (the exact same demeanor that had us all falling for The White Stripes in their early days), and at times it was hard to believe that such a robust sound came from a two-piece.