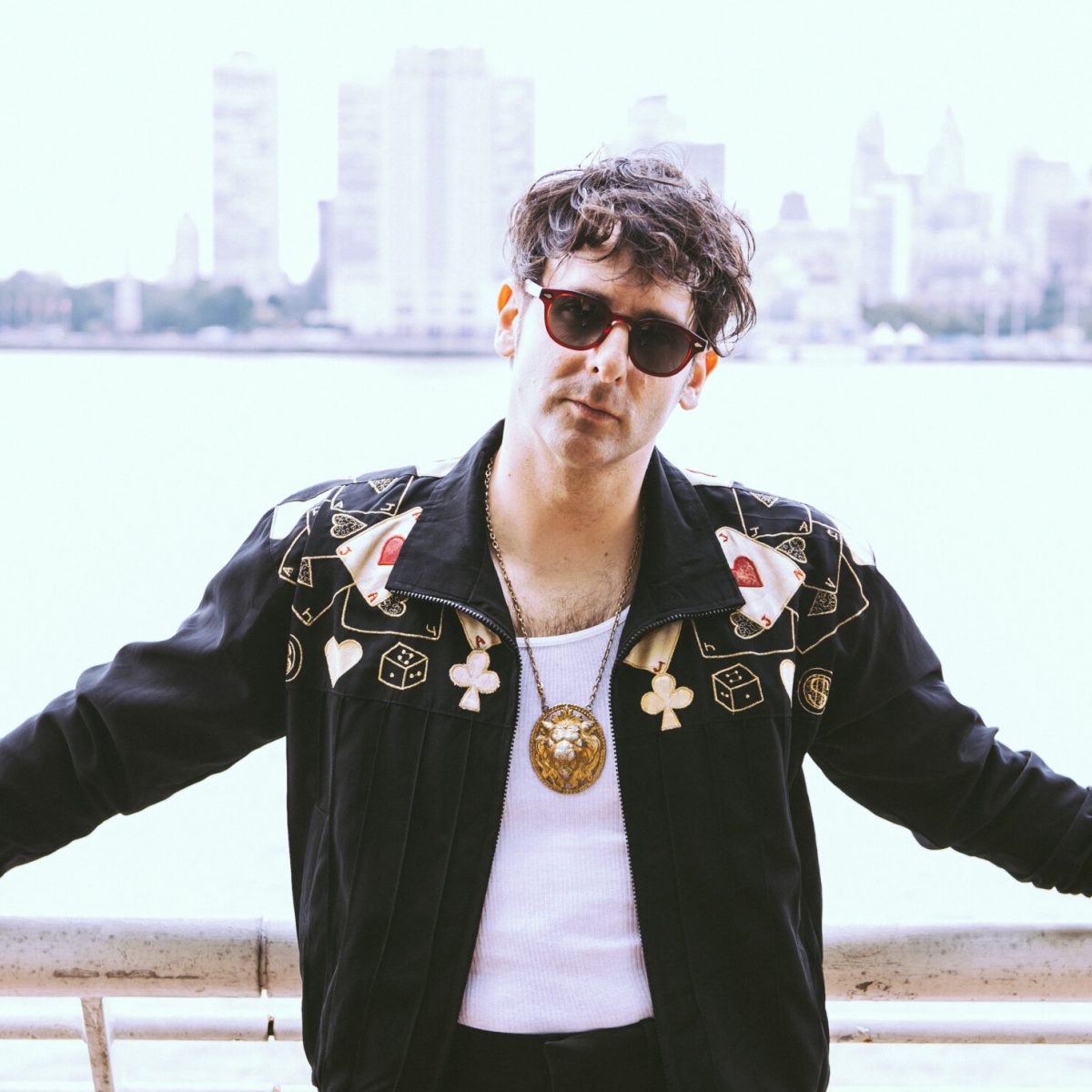 We’ve seen a lot of pandemic champions emerge over the last couple of years, this one just happens to stand on his piano and pound away at the keys. Low Cut Connie’s Adam Weiner took his prolific and berserk live shows and channeled it into a livestream that was so popular, it garnered attention from Rolling Stone, NPR, and doting celebrities. The New Yorker, who describes him as a “Mr. Rogers meets Little Richard” personality, even named him a pandemic person of the year. Suddenly, all eyes where on Weiner as he rushed to connect and heal with audiences online. On Tuesday, that unruly and inspirational live show hits the Bottleneck stage when Philadelphia’s Low Cut Connie stops by on their tour.

Weiner is the ultimate showman. He can play anything and everything, and his free-for-all approach to both originals and covers took center stage during the pandemic. The “Tough Cookies” livestream, named for his audience, saw him covering anyone from Prince and INXS to Cardi B and Lana Del Rey. With Weiner, nothing’s off the table— and now, after two years of connecting with a global audience online, he gets to bring that raving energy back on the road… with some modifications. “I’m used to hugging a lot of people every night, and I can’t do that. I’m used to going out in the crowd and messing up people’s hair in a lot of ways, and now I just have to do it in a metaphorical sense,” he says. “But what I’ve noticed is a positive thing is that people who come out to our shows, they’ve all been through some struggles, and they’re ready to have a fun and enjoyable night. They’re ready to let loose in a way that I’ve never seen before, so it’s been very cathartic to do these shows in a lot of ways.”

Getting audiences back out of their houses has been a struggle for a lot of bands on the road, as we navigate COVID variants and surges in cases. Weiner’s fans range widely in age and background, what he calls “a potent mix of people.” It seems a wide variety of generations all find something they love and connect with in the show. Weiner feels that collective consciousness from the audience is what could bring people back out to see live music. “We’ve all had to figure out how to do things in a new way, including entertainment. I entertain people live on stage, and I also do entertainment from my house with my live streams… but at the end of the day you can never replicate the experience of being in a room full of people and having all the molecules change because of the power and energy in the room,” he says. “So if people could just remember experiences in their life like that, whether it be a rock and roll show or church or theatre or dance, or any live performance that just made the hair on the back of your neck stand up, you can’t replicate that, and that’s something we try to replicate for people.”

Even before the “Tough Cookies” broadcasts, everyone was taking notice of Low Cut Connie’s outrageous live sets. Weiner even once got a shout out from Elton John when his tour stopped by in Weiner’s hometown of Philly. “There’s a lot of wonderful music coming out of Philadelphia ever since I can remember, there’s a band I love so much called Low Cut Connie, who are also from Philadelphia.” John said before dedicating a song to them. Weiner says the outpouring of love from John came after meeting him backstage. “I had no idea he was going to talk about me onstage, that was the icing on the cake. You know how it was unexpected, was I had actually left the show when he spoke about me,” he laments, but he cherishes the encounter. “He was so encouraging, he was amazing to spend time with. He’s a very generous person, a very generous artist, and he really had listened to Low Cut Connie, he really listened to my music and had a lot of encouraging things to say.”

Weiner says while attention from some big names (Low Cut Connie once landed on Obama’s Spotify playlist) is validating and encouraging, it doesn’t change his commitment to art. “When things like that happen, it reminds you that it’s resonating with people in some way,” he says. The adventure of the volatile music business continues to keep him on his toes. With a post-pandemic album and a concert film on the way, Weiner says every way he’s communicated with his audiences (both on and offline) has shaped his approach to the craft going forward. “I take my job more seriously now since the pandemic. We have this thing about non-essential workers and essential workers. I certainly would never compare entertainment to healthcare, I have family and friends that work in healthcare and that’s frontline,” he says. “But there’s a really important place for entertainment in our lives and our culture. It is essential in a way, and I’ve seen the power of performance to heal individually and collectively, so I do take it with a lot more seriousness now.”

Low Cut Connie plays the Bottleneck on Tuesday, February 22, at 8:00 p.m. with The Black Mariah Theater and Kiss the Tiger.