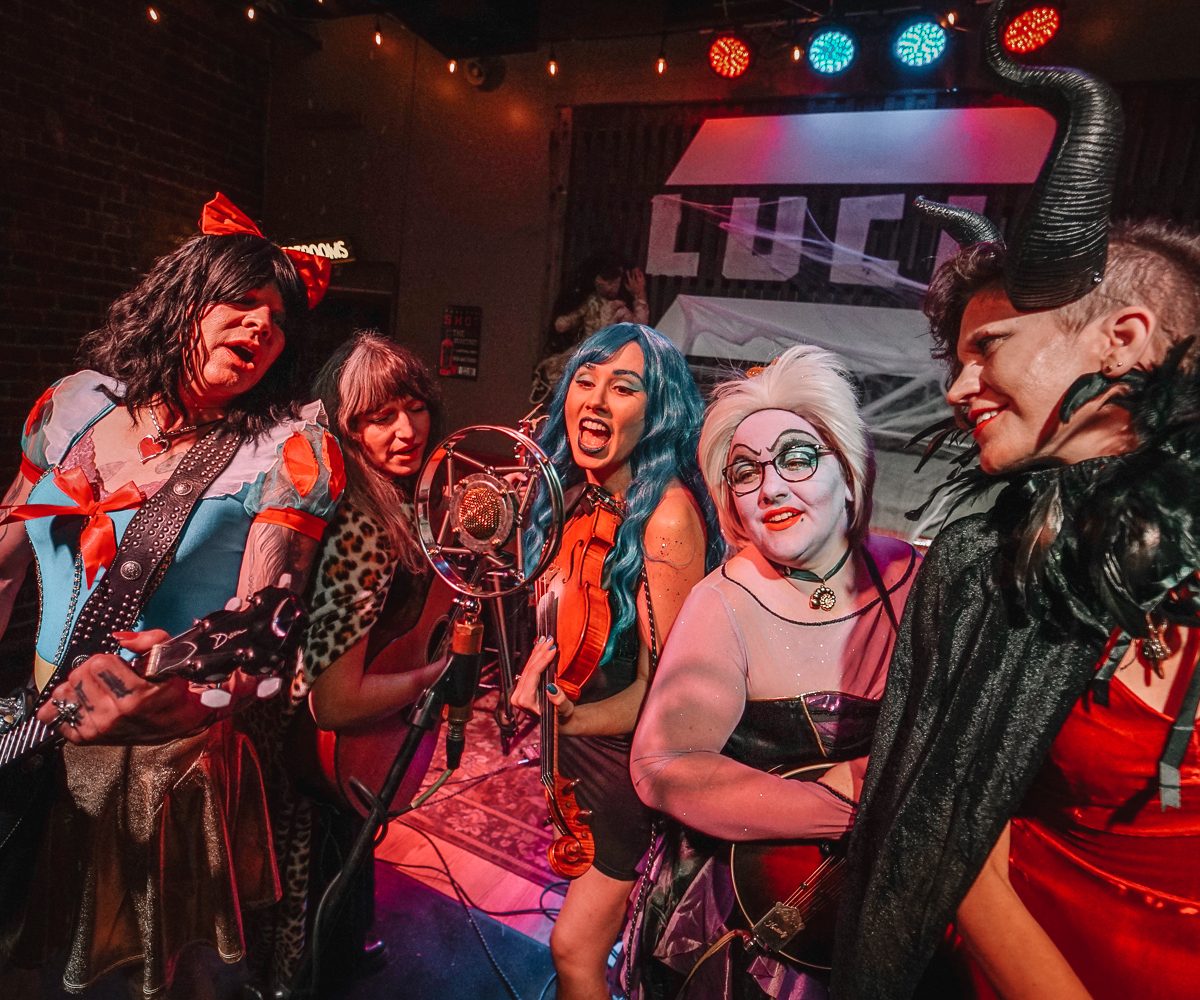 It’s no secret that Unfit Wives love spooky season. If you pass by their merch table at any of their shows, some of that merch includes photos of them posing in witch attire in the woods. Even during the first year of the pandemic, when most bands were navigating a career without live events, Unfit Wives played a Halloween-themed parking lot show to a crowd of honking cars. That’s why it comes as no surprise that they understood the assignment at Lucia this Halloweekend.

For Saturday’s show, the band dressed as Disney villains (for the most part) with one member doing serious work on their Ursula makeup. They saved their album release for the holiday that holds a special place in their heart. In addition to playing their new album, Live and Unfit, in its entirety, Unfit Wives treated fans to some spooky songs, including “Monster Mash” and “Black Cat Blues,” which you can watch below. The album is now available on streaming sites everywhere (we embedded it after the photo gallery).

Saturday night’s show also brought along the very brassy and sassy Carrie Nation and the Speakeasy, who brought a fireball of a set. They thrilled the crowd with Tom Waits-esque, growly vocals and exciting horns that almost felt like they snuck up on you… one moment, they’re playing traditional bluegrass instruments and arrangements, then BAM! Trombone out of nowhere! And here’s a trumpet solo! You couldn’t turn your back for one second on the band because the horns demanded your attention. This must be why they have a massive following online.

Bonus video! This is a song one of the members wrote, in essence, to boast about their cooking skills (trust us, she’s one hell of a cook). It’s a pretty popular tune with their fans, partly because the live version catapults into a wicked-fast and ultra-bluegrassy rendition of “Jambalaya (On the Bayou).” If you’ve ever fallen head-over-heels for someone because of their cooking skills (looking at you, Meg from Ladybird Diner), then you’ll totally understand why fans adore this song.