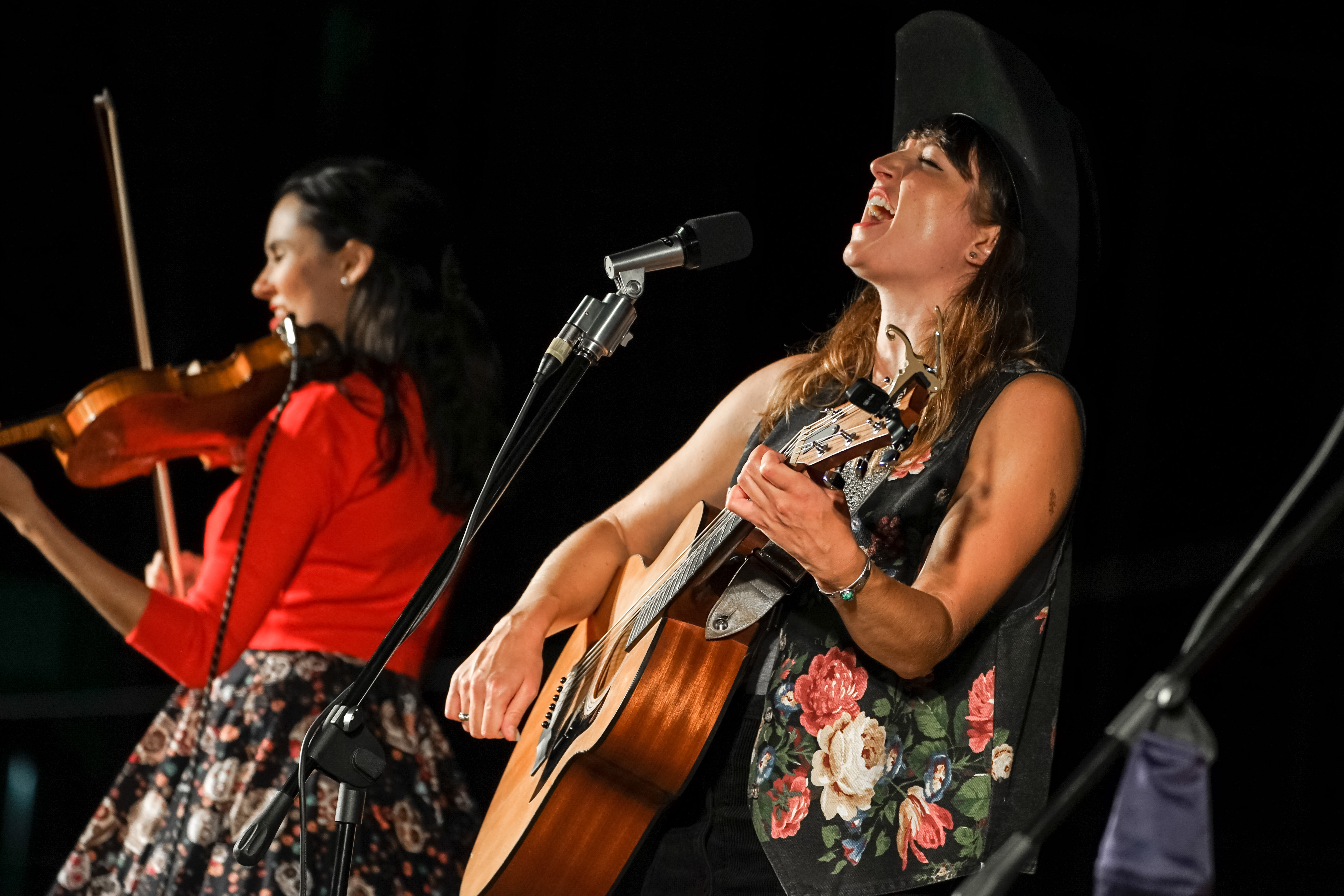 We’ll never get over how delightful the sound of several cars blaring their horns has become.

On Saturday night, two folk acts took to the Theatre Lawrence outdoor stage for a very safe and socially-distanced concert. Theatre Lawrence has been hosting live events consistently every weekend since May, so they came armed with top-notch experience for safe shows during the quarantine.

Feisty Folksters Unfit Wives and Country Crooner Ryan Manuel played to a crowd of enthusiastic local music fans. The end of each song was met with a round of car horns, rather than applause, since attendees watched from their cars (with the music broadcast through to their radio). “This is so crazy playing to a bunch of cars,” declared one member of Unfit Wives. The night was full of glee and fun, including moments where Unfit Wives donned witch hats and played a handful of Halloween-themed songs. The relaxed atmosphere fooled everyone into putting their troubles on the back burner and enjoying a cool Autumn night as everyone should: gathered around a folk band in the crisp evening air.

Photos from the night are below: